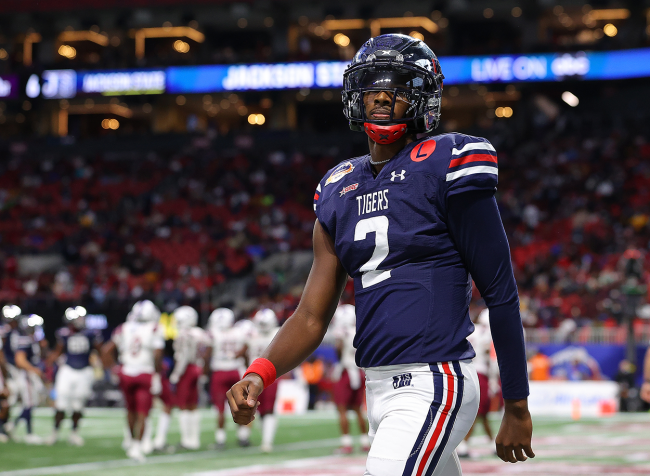 Before we begin, I am going to go ahead and break the third wall. I rarely do this, but I feel like I must in this instance.

I am not a club guy and I do not go out to nightclubs on a frequent basis. At all. I could probably count the amount of clubs that I have been to on two hands. It would be close, but I could.

This all goes to say that — HAND UP! — I am not particularly knowledgable about nightclubs or in the “clubbing” space, which is why I was so mind-blown by a video I stumbled upon this afternoon. Maybe it’s not uncommon, but I have never seen it before in my life— neither in person nor online.

Deion Sanders’ son Shedeur is the starting quarterback for Jackson State. He is not only very good, but his name carries the weight that it does. As a result, he is a rather big deal in the college football world, despite his inability to win a Heisman Trophy or a College Football Playoff.

Shedeur has signed quite a few NIL deals and likely does well for a sophomore in college when it comes to finances. That may not factor into the equation here, but it could be part of how this went down.

In the video, Shedeur Sanders is at a nightclub.

It is unclear what club or in what city, but the Sanders family has spent much of the offseason in the Dallas area. So if I had to guess, it’s there.

Anyway, in the video, Shedeur is at a nightclub. People are dancing in the background and the DJ is bumping. Meanwhile, Shedeur is seated in the corner by the stage getting a haircut— literally. He is getting lined up inside of the club as if it’s a totally common thing. Take a look:

This blew my mind. Where does the excess hair go? Just on the floor? Is the barber getting paid? Is it an exposure thing? There are so many questions.

Again, hand in the air here— I am unknowledgeable about clubs. I don’t know if this is something that happens every weekend across the country. I have no idea. But I can’t imagine that there is a full-time barber at every club just lining dudes up left and right. Right? It can’t be common.

@GSonJW is me on Twitter. Somebody let me know if I am wrong. I would love to live in a world where haircuts at clubs are normal. It’s so awesome.