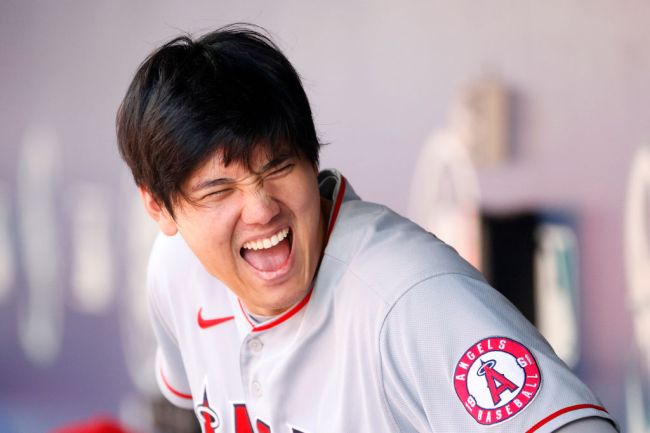 A good rule of thumb in measuring the dominance of an athlete in a sport is to check the year’s latest video game cover.

Shohei Ohtani is by far one of the biggest things to happen to baseball in decades, so it was a no-brainer when it was revealed he’s going to be the cover athlete for MLB The Show 2022.

But while many knew Ohtani would be on the cover, few understood how hard it was for developers to get Ohtani’s player to represent his gameplay in real life.

MLB The Show Developers Having to Rewrite Code

Recently one of the developers for the game, Ramone Russell, revealed the team had to rewrite tons of lines of code for the game so Ohtani could be used as a true two-way player.

Russell explains that the multi-year process of figuring out how to make Ohtani both a pitcher and hitter in the game at the same time shows how transcending of an athlete Ohtani is.

The reason for Ohtani playing both positions is so hard for the game is because the code is written so you can either be a pitcher or a hitter. It’s one of the core rules for creating the game.

Shohei Ohtani Acting in Commerical for MLB The Show

Tuesday, MLB The Show posted a new promo video for the game. In the second half of the clip, they pan in Ohtani.

Turns out Shohei Ohtani is a great actor as well. He DOES IT ALL!

Check him out here in the new ⁦MLB The Show 22 video!

The clip is pretty humorous. The puppet asks, “Hey Ohtani, what position do you want to play?” To which Ohtani responds in English, “I’m an ok pitcher.”

The puppets then start blabbering and Ohtani acts annoyed by their nonsense. He then speaks in Japanese at the end of the clip, shaking his head saying, “Why did I give coach my number?”

It’s no secret Ohtani has a language barrier to overcome. Japanese is his first language, but he continues to improve his English. It also appears he’s becoming more comfortable with being on camera and in the limelight.

That being said, we’re just now starting to see Ohtani more and more outside the game itself. Here’s a clip of his reaction to the MLB The Show Cover Release:

Shohei Ohtani reacting to the @MLBTheShow 2022 MVP edition for the first time >>>>>>pic.twitter.com/r9hfcclLkv

Shohei Ohtani has proved to the world he can do it all on the diamond. Now, he’s welcoming the superstar status fans want to see when he’s off the field.