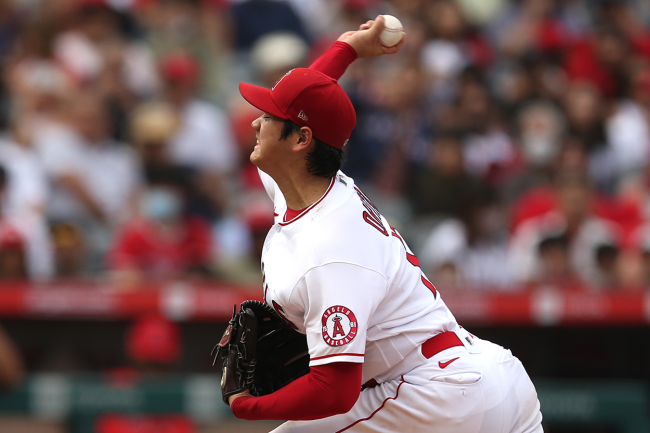 Shohei Ohtani is the most impressive baseball player in history. There is simply no debate.

The 27-year-old Japanese-native is the most dominant two-way player of all-time and is doing what literally nobody has ever done before. Ohtani was named the AL MVP last season after his first full year on both the mound and at the dish.

It was truly the most insane season of all-time. And now he is back for more.

Ohtani will continue to play both ways in 2022 and he has been getting ready for the season by facing limited live batters during spring training games. He recently was on the bump against the Brewers and looks as nasty as ever.

One pitch in particular is blowing minds. A video from behind home plate that shows Ohtani throwing a back door slider makes it look like the international superstar is throwing a wiffle ball. The movement doesn’t look real.

Take a look at the slider and try not to throw up, because it’s sick:

How in the heck is anyone supposed to hit that pitch? It’s so gross that it’s almost unfair.