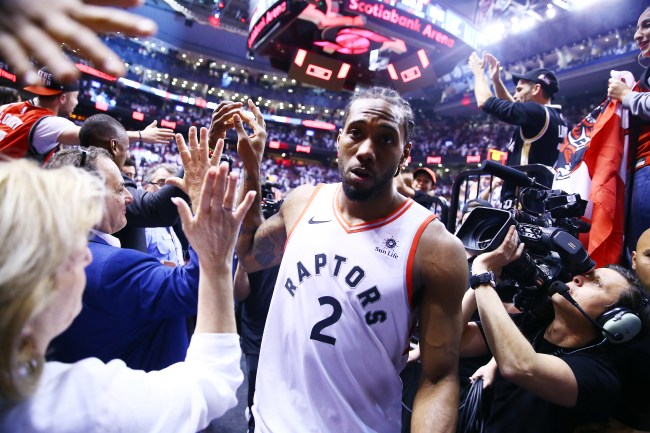 A traveling call in the NBA is like getting a citation for jaywalking. Technically, it’s against the rules, but it gets broken more than the hearts of Sixers fans. Philadelphia was one overtime push away from making their first Conference Finals appearance in 18 years, but four unfortunate bounces on the rim shattered that goal, and some Sixers fans are scapegoating a missed travel call on Kawhi Leonard’s game-winning possession that ultimately ended their season.

It’s easy for Sixers fans to forget the blatant hack J.J. Redick delivered to Kawhi moments earlier, or the fact that Redick uses his steps liberally on catch-and-shoots. Blaming Kawhi’s perceived travel is a last gasp effort to undermine the victory to help with the healing process. And in their defense, they’re technically not wrong if this was literally any other basketball league in the world.

if they called this travel, Kawhi Leonard would be a laker @BleacherReport @HoHighlights @overtime @NBAOfficial smfh pic.twitter.com/G3v5JPKXmE

Most Philly fans know that relying on a travel call in the NBA is like hoping for a burger at a PETA convention, but there were also plenty of fans who were livid about the missed call.

Swear shit like that only happens to Philly teams. Kawhi shoots a rainmaker that hits the rim bounces higher than the backboard then three more times and goes in after he travels getting the inbound pass

Everyone: How did you not see Kawhi travel on that play???
NBA refs:
pic.twitter.com/7J3K8HGamz

I think the best thing about the Kawhi game winner is the travel he got away with.

76ers fans gone talk about it until they get to the ECF.

#NBAPlayoffs2019 I am officially out. #sixers were hosed. Kawhi had one of the most egregious travels I have even seen before the game winner go uncalled. Shame on you @OfficialNBARefs and @NBA. Officiating is ruining the league.

Moral of the story: Refs suck. Don’t leave the game in their hands.