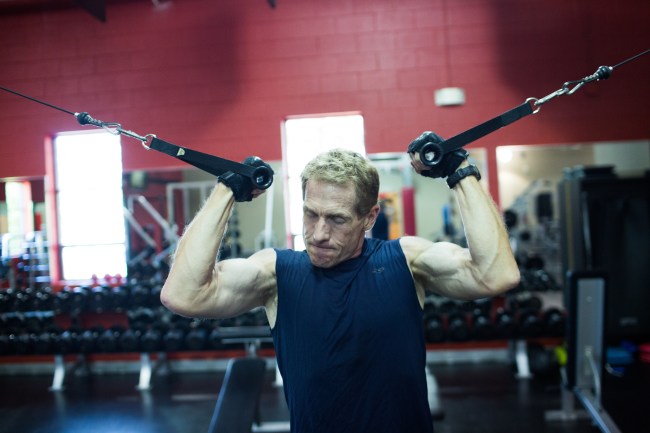 Is there a bigger troll in sports media than Skip Bayless? Uh, probably not, as the FOX Sports personality has made a living trolling athletes and teams and fellow guests/hosts on shows like Undisputed, among others. Hey, it works really well for ol’ Skip, who never sits back and just lets his opinion go to waste — which recently included a major diss of Portland Trail Blazers star Damian Lillard for not being clutch. Dame responded in kind, and exposed Bayless for being a fraud.

Lakers catch a break as Blazers catch a big bad L thanks to Damian Lillard, who missed both late free throws then the tying three. Clippers prevail without Kawhi or PG (in the 4th) or PatBev or Trez. I continue to ask, is Dame really That Guy? A true SUPERstar? I have my doubts.

Another person who didn’t find Bayless’ remarks about Lillard too amusing was TNT’s Charles Barkley, who called Skip a “punk ass” after Dame’s Blazers took down the Los Angeles Lakers in Game 1 of their NBA Playoffs first-round series. Take a look below at the initial diss by the Chuckster on Skip Bayless.

Charles Barkley "Take that @RealSkipBayless with ya punk ass" pic.twitter.com/COGv6w9fvn

Now, Barkley has quite the love affair with the Blazers, and has gone on record as saying he thinks that Portland would beat the Lakers in the first-round. But he also doubled down on that Tuesday night after the team’s surprising victory by actually claiming the Blazers would sweep L.A. should they win Game 1 — which was something that caused more than a few laughs inside the TNT studio.

Yep, Skip really went there, claiming that, if you make absurd picks all the time, every once in a while, you get lucky and one comes true. Guys, this is the same dude who has made a living doing, well, exactly what Charles Barkley did, always going with wild hot takes in order to get a reaction. As you might imagine, it’s something that people on Twitter took notice of and made sure to discuss.

Skip Bayless once said Tim Tebow was the best QB in football!!

It is Skip Bayless… dude is known for awful hot takes. pic.twitter.com/21Je2NqXKa

Oh, and as for Skip Bayless’ prediction for the Blazers-Lakers series even after the surprising Game 1 result? He made it pretty clear that he thinks L.A. will bounce back and be just fine.

We knew the playoffs inside the NBA bubble were already going to be insane, but a Bayless-Barkley feud throughout the next few months only takes this shit to the next level. Let’s go!