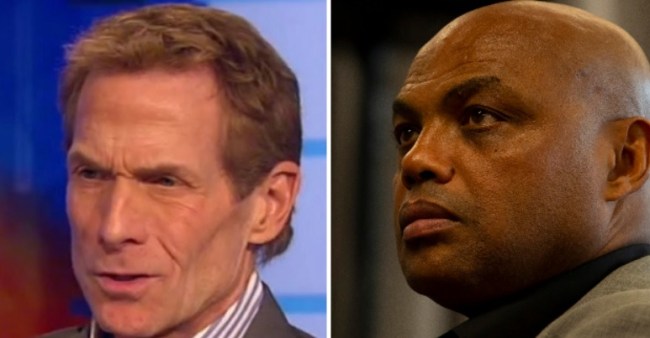 TNT host Charles Barkley is not a fan of Skip Bayless who has been critical of Damian Lillard in the past.

Ealier this month, Bayless called out Lillard for not being “clutch” after the Blazers lost a close game against the Clippers.

Lakers catch a break as Blazers catch a big bad L thanks to Damian Lillard, who missed both late free throws then the tying three. Clippers prevail without Kawhi or PG (in the 4th) or PatBev or Trez. I continue to ask, is Dame really That Guy? A true SUPERstar? I have my doubts.

I have never been buying nothing about you fam. You a joke. And after our private convo full of back pedaling you will never have my respect 🤡 https://t.co/do0yxFgUju

Dame has since gone on an insane run, became the “Bubble MVP” and beat the Lakers in game 1 of the playoffs after Bayless called him out.

After Dame’s big game on Tuesday night, Barkley had a message for Bayless.

Charles Barkley "Take that @RealSkipBayless with ya punk ass" pic.twitter.com/COGv6w9fvn

I heard you, Charles. Will respond on tomorrow's Undisputed. Love you, too.