Skip Bayless Responds To Charles Barkley Wanting To Kill Him, Challenges Barkley To Come On His Show 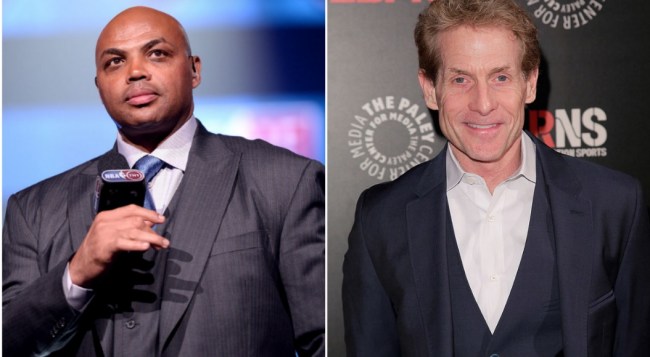 Skip Bayless is not afraid of Charles Barkley.

Over the years, Barkley has voiced his disdain for the FS1 host and even told Dan Patrick that he wanted to kill Bayless on live television.

Barkley: “You know what we should do for ratings? If I get a disease and I’m gonna die, how about you get Skip Bayless in here, and I’ll kill him live on national television.”

Barkley: “Yes. Only if I knew I was gonna die. Not if I’m gonna live, cause I don’t wanna go to prison. Cause like Mahorn say, ‘they would love you in prison.’”

During a recent episode of his podcast, Bayless responded to Barkley’s attacks on him and extended an invitation for the NBA Hall of Famer to come on his show.

“I’m pretty sure Charles Barkley wants to kill me only because of what I say and what I’ve said on television…and that doesn’t bother me one bit. I have lost zero sleep over any of this.”

“I am definitely not running from Charles, several times while I was at ESPN and now at Undisputed here at FS1 to join me on TV and please explain to me in detail his problems with me.”

“Now that I have this show… I challenge Charles again; please join me on this show, on this platform, we could have a whole hour to go back and forth.”

We’ll have to wait and see if Barkley takes Bayless up on his offer.