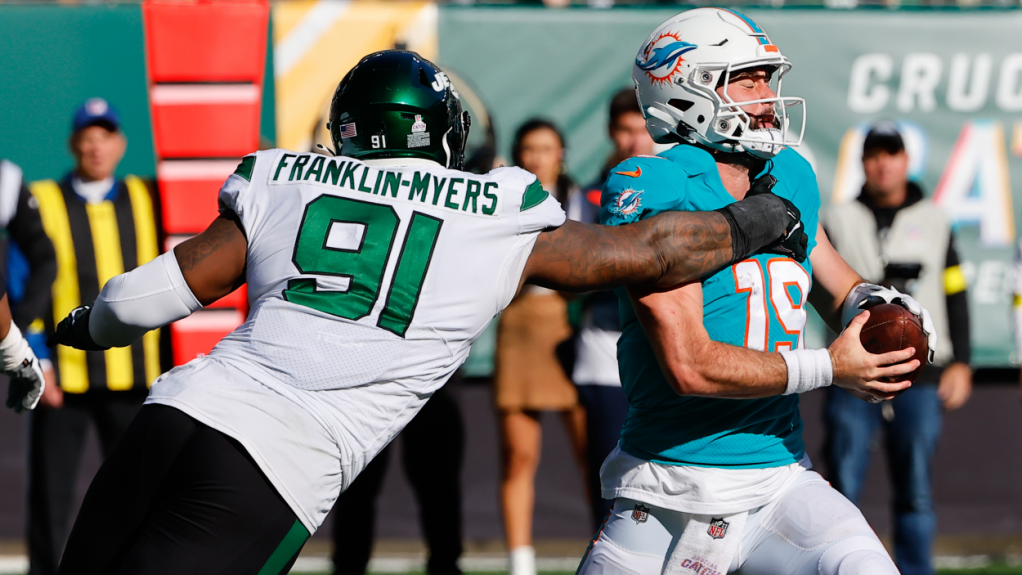 The timetable for Miami Dolphins’ starting quarterback Tua Tagovailoa to return still hasn’t been set and backup Teddy Bridgewater is currently sidelined while still in the NFL’s concussion protocol. So while the writing was on the wall, Dolphins head coach Mike McDaniel made it official and announced that Skyler Thompson would start at quarterback for the ‘phins this week.

This is pretty massive news in the NFL world. The 3-2 Miami Dolphins are about to start a rookie who was drafted in the 7th Round of the NFL Draft out of Kansas State and has only appeared in 1 NFL game when he came in for the concussed Teddy Bridgewater who replaced Tua Tagovailoa.

As news broke that Skylar Thompson would start for the Dolphins, the NFL world was on fire with everyone and their brother having something to say about the news.

Here’s the news with reactions below:

Dolphins coach Mike McDaniel announced that Tua Tagovailoa will throw at practice on Wednesday as he progresses through the concussion protocol, but has already ruled him out for Week 6.

Rookie Skylar Thompson will start on Sunday against the Vikings. pic.twitter.com/pw1jfLz2nD

It is worth noting that without explicitly saying it, this means that Tua Tagovailoa is on the bench for another week:

Dolphins coach Mike McDaniel says the team plans to start Skylar Thompson on Sunday against the Vikings. So Tua Tagovailoa sits for another week.

The #Dolphins have ruled out QB Tua Tagovailoa for Sunday’s game vs. Minnesota, while Teddy Bridgewater is progressing through the protocol but not ready to do any football-related stuff. They are currently planning to start rookie Skylar Thompson, per HC Mike McDaniel.

After what happened to Tua Tagovailoa this take is YIKES:

And now we see the other side of the concussion coin: overreaction. No way should Teddy be forced through concussion protocols when he past all tests on game day.

Somebody had to say it…

They removed the Ping Pong table from the locker room. They’re in shambles.

Why though? Why did they have to remove it?

The ping pong table has been removed from the Dolphins' locker room on the suggestion of the team's captains to make sure the focus is solely on preparing for the Vikings.

After announcing Skylar Thompson as the starter, Dolphins HC Mike McDaniel clarified the status of Teddy Bridgewater and Tua Tagovailoa

McDaniel on Bridgewater: "As long as everything goes to plan, I'm very confident that he'll be active and backing up Skylar Thompson."

McDaniel said that even if Tua is cleared by Sunday, he will not play because he's not done any football activities for two weeks. "I don't feel comfortable putting him in that situation."

McDaniel won't commit to Tua being back ready for the Steelers game. More concerned with just getting him back healthy. "Let's just get through this week and see where we're at."

McDaniel points to the locker room's confidence in Skylar Thompson starting this week. "He's not the run fo the mill rookie."

The Miami Dolphins should be relatively ‘whole’ again at QB soon but first, they’ll have to face the 4-1 Minnesota Vikings who have won their past three games by a combined 14 points. It’s a winnable game with an established quarterback under center but with the rookie, who knows?