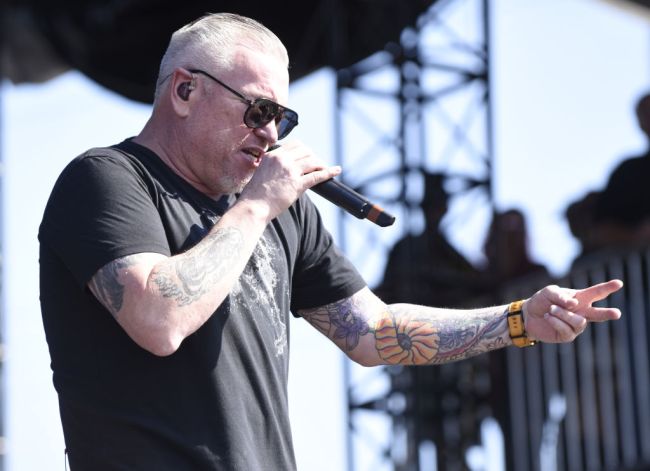 Smash Mouth lead singer Steve Harwell had himself a Sunday. The 54-year-old and his band were headlining The Big Sip festival at the Bethel Woods Center for the Arts and was just not with it. At all.

A TikTok user named Haley, or @doesthisfeelgood, documented the performance and there is a LOT to unpack. She calls it the “most chaotic show she has ever seen in her entire life.”

For starters, the entire audio system was off. Feedback was screeching, the vocals were muffled. It was a mess.

Throughout the entire performance, Harwell was completely disconnected. He mumblesdunintelligible speech into microphone on multiple occasions and when he was speaking english, it was not great.

“I’ll f**king kill your whole family, I swear to god!” is a real thing that he said.

There also is the 25-second mark, when Harwell appears to display the most offensive hand gesture in the civilized world.

The entire thing is a very bad look for Harwell, who seemingly isn’t the sharpest tool in the shed. The years kept coming and they did not stop coming for the 54-year-old and it is pretty astonishing just how terrible and potentially offensive the performance was.