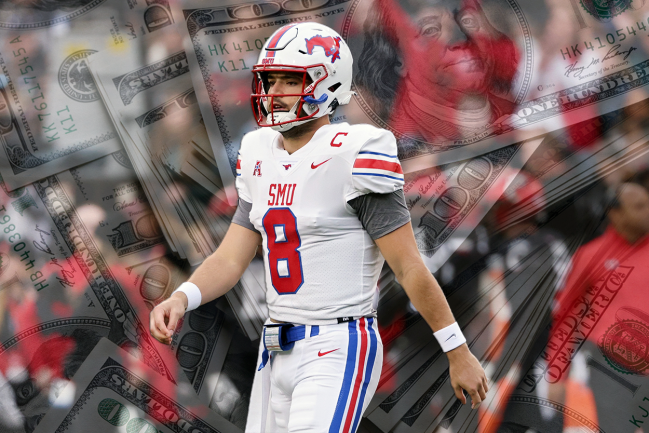 When it comes to college football, SMU is widely considered one of the preppiest programs in the South. Ole Miss, Wake Forest, Duke, and Virginia are also in the mix, but the Mustangs stick out the most, considering their surroundings.

Other in-state Texas schools include Texas A&M, Texas Tech, and the University of, among others. None of them are anywhere close to the prep level of SMU.

On tuition alone, SMU is the 18th most-expensive college in America and with housing and dining included, it costs $79,730 per year. Needless to say, there is a lot of money in the Mustangs alumni base and they are rather boujee.

As the football program looks ahead to 2022 and beyond, there is a significant buzz out of Dallas. Head coach Rhett Lashlee is entering his first year after serving as the offensive coordinator at Miami, SMU, UConn, Arkansas State and Auburn, and there is a lot of talent on the roster.

In addition, there is a long-shot chance that the Mustangs could be part of the greater conference realignment. There are conferences that will need to add teams in the next few years and SMU may be one of the schools of interest.

In the meantime, the team is trying to raise as much money as possible, just like every other school in the country, obviously.

However, SMU football is taking an extremely SMU approach to fundraising.

It is hosting a derby-themed cocktail dinner at the Dallas Country Club and it’s trying to tap into those deep-pocketed boosters. Guests, who will pay no less than $250 to attend, are encouraged to dress up as if it was the Kentucky Derby. Big hats and bold attire are encouraged.

While big booster dinners are not uncommon in college football, it’s the derby theme at the country club that makes it so perfectly SMU. Can you imagine the Aggie fanbase showing up to the local country club in pastels, Sperrys and derby hats instead of overalls and pearl-button snaps? Do you think University of Texas boosters are showing up in anything other than Wranglers and PFGs?