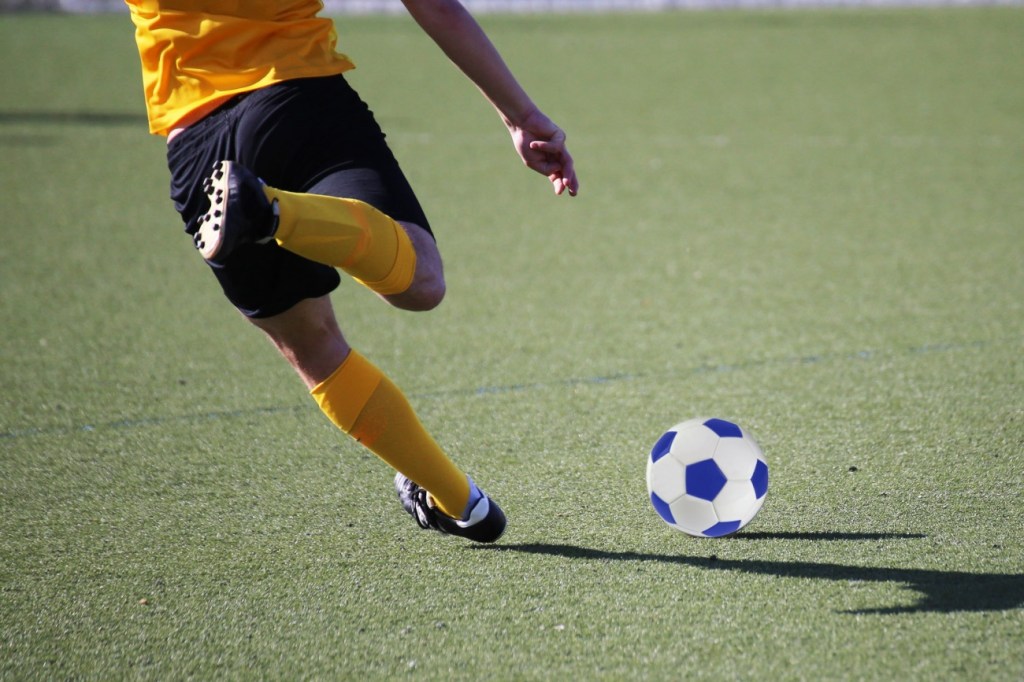 Three things are certain: Death, Taxes, and you cannot watch this sports blooper without laughing. This might be a perfect sports blooper because you can watch it with the volume on ‘mute’ and it’s still incredible but if you watch with the audio on it’s even better.

The clip first took off on TikTok where it has amassed 10+ million views. It then picked up over 1M views on Twitter overnight. And now it’s going viral on Instagram.

Here we see a soccer game where the opposing team has lined up to form a traditional wall to block a free-kick. The kicker lines up and drills the first woman in the face. She then rushes to the rebound, kicks that ball, and smashes another player in the face. She takes out two players in two seconds.

Then there’s the girl on our far right who wants literally nothing to do with this. It’s almost as if she could sense what was going to happen before it did. And we’ve got some guy in the background yelling ‘WALK IT OFF!’ as if two players didn’t just get leveled. I can only hope that wasn’t a coach and it was just a random dude yelling ‘walk it off’.

Sit back, relax, and enjoy the funniest clip you’ll see today (then watch it five more times and share this article with friends). Here it is via Twitter, TikTok, and Instagram so you can choose how you’d prefer to watch it:

I hate to say this because the honor should go to one of the players whose faces got wrecked but the dude yelling “Nice block! Nice Job! Walk it off!” is the real MVP of this video. Showing zero compassion to two fellow humans who just had their faces reconstructed in a soccer game while expressing tone deaf optimism really makes the clip.

And every time I’ve watched this video, which is at least 25 times now, I find myself watching the girl on the right more and more. She was having literally none of that danger. If she could’ve run off the field and not gotten called out for it, she would’ve.

The comments on Instagram do a great job at capturing how everyone feels watching this. One user wrote “Sh*t was unnecessarily funny”, another called it a “Double Homicide”. Someone pointed out the girl in purple who kicked the ball was like “Okay I’m done kicking for a min” as she started laughing too hard to keep paying attention.

Then there are countless people making ‘Scott Sterling’ jokes, references to this old viral video:

The reactions on Twitter are pretty good too. This one is a reference to the Orange and White uniforms:

why they got popeyes staff out here competing

She couldn't hold it in…😂 pic.twitter.com/ap0i4vEiuT

Is that a double-header?

Now if you will excuse me, I’m going to scroll back up and watch this video another 25 times today. Then I’m going to share this article with everyone I know because it’s the funniest soccer blooper in years.