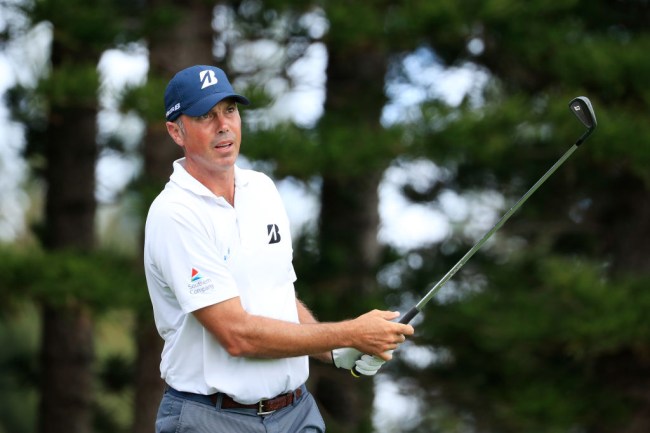 The PGA Tour stays in Hawaii for the second consecutive week as it jumps from Maui to Oahu for the Sony Open. Justin Thomas earned a win at the Sentry Tournament of Champions last week in dramatic fashion taking down Patrick Reed and Xander Schauffele in a playoff.

After last week’s event had a field of just 34 golfers, we’re back to a full-field of 144 golfers – and an event with a cut line – this week at Waialae Country Club. A total of 23 players that played last week at Kapalua will be in the field this week.

The Par 70 track features tight tree-lined fairways forcing some players to take less than driver off the tee as accuracy off the tee here is certainly a premium. Don’t’ be shocked to see long-irons and hybrids taken off a lot of tees this week to keep it in play.

While Kapalua last week featured plenty of holes where players could step up and rip driver, it’s always an interesting change of pace at Waialae as a lot of holes require players to play placement golf. We could also see some big-time wind like we saw at the Sentry Tournament of Champions, which will really put accuracy atop the must-have list.

Other key stats this week will be bogey avoidance and strokes-gained putting.

The putting surfaces this week are Bermuda so everyone in the field will be relatively comfortable with the flat stick.

Matt Kuchar ran away with things last year at -22 with Andrew Putnam finishing second at -18.

Kuchar has finished T-13 or better in his last six starts here including a win a year ago and three Top 5 finishes. You think he’s comfortable here, or no?

While Kuchar still may have to take the big stick off the tee more than a lot of guys this week, this is still a course where accuracy and ball-striking reign supreme and Kuchar is fine with simply keeping the ball in front of him and plucking away.

Things got away from him a bit last week with rounds of 74 and 75, but still managed a T-14 finish giving him three Top 15 finishes in the four tournaments he’s played in the new season.

He’s third on Tour in driving accuracy this season and with the biggest staples of his game being finding greens in regulation and getting up and down from pretty much anywhere, this should be yet another great week for Kuch in Honolulu.

Leishman has made the cut here each of the 10 times he’s teed it up at the Sony Open and finished T-3 here last season.

Driving accuracy hasn’t been Leishman’s strong suit for quite some time now, but given his past success here and the chance to take driver out of his hands on plenty of holes, he’s certainly a player to keep an eye on.

Leishman has played in just four tournaments and the Presidents Cup since September, but that may not be a bad thing as he looks to get his 2020 off to a hot start at a place he clearly enjoys playing.

Scrambling will be important this week with some gusty weather in the forecast and that’s a strong part of his game as he finished 16th on Tour in the category last season. The flat stick is a weapon for the Aussie, too, finishing 41st on Tour in strokes gained: putting and inside the Top 30 in bogey avoidance.

His ball-striking ability was on full display at the Presidents Cup a few weeks ago and should be entering the event on great form with T-8 and T-4 finishes in two events prior to the trip to Australia.

With this course allowing players to take something shorter off of the tee, it should suit his game very well. It’s not that his driving accuracy this season is awful (89th on Tour) but taking long irons off a few tees and playing placement golf should suit him very well. He also finished 10th on Tour a year ago in the driving accuracy department, so look for him to get back to that form sooner rather than later.

Ancer is the definition of a pin-seeker, so if he can keep things ahead of him he should be able to score with the irons in his hands.

This means absolutely nothing, but it feels like the perfect week for Ancer to earn his first win on Tour.