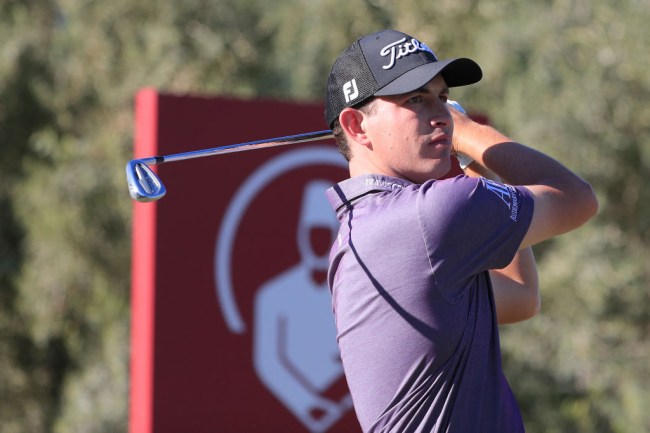 While the newest PGA Tour season has already officially gotten underway, the Sentry Tournament of Champions always serves as the unofficial start to the new season.

After a two-week break, golf is finally back as we head to Hawaii and The Plantation Course at Kapalua. The only way to qualify for this event is to win a tournament in the previous calendar year. While a total of eight winners from last year including Tiger Woods, Dustin Johnson, Brooks Koepka and Rory McIlroy electing to pass on the event we’ve still got 34 elite players in the field this week.

The Plantation Course has gone under a recent renovation and will play right under 7,600 yards, which seems like a massive number, but this is a Par 73 track that has four Par 5’s ad three Par 3’s. There is new Bermuda grass from tee-to-green and TifEagle Bermuda makes up the new putting surfaces.

Related: After What Kevin Kisner Has Said About Patrick Reed In The Past, The Two Of Them Being Paired Together At Kapalua Is The Perfect Kick-Start To 2020

All types of renovations can be done here to try and make this course tougher for these guys, but it’s still a resort course that players should post very low numbers on throughout the week. Don’t be shocked when you see drives of 400 yards on a few of the holes out there as well.

He finished T-15 here two years ago and has had a strong start to the new season with a second-place finish at Shriners, a 17th place finish at the Hero World Challenge and is coming off of the Presidents Cup run with the U.S.

Cantlay’s game checks all the boxes for just about every course he steps foot on, but the fact that the course should be playing a little firmer and faster than in year’s past I think he could really be a factor this week. While the winning number is still going to be low, It may not be a dead sprint to the finish line this year as opposed to years past which seems to suit his game a bit more.

He finished second on Tour in strokes gained: total last season and the driver has been hot to start the new season averaging over 315 yards off the tee.

The 21-year-old is making his debut in Hawaii this week after winning the opening event of the new season at A Military Tribute at The Greenbrier. He’s also picked up a T-12 finish in the new season back in October at The CJ Cup at Nine Bridges en route to a captain’s pick for the Presidents Cup.

Niemann’s game is focused around strong ball-striking, specifically with the irons, which should be on full display with the larger greens at Kapalua this week. He finished 10th in proximity to hole average last season and while the putter doesn’t always cooperate, something has got to give, especially when he’ll be firing shots into these massive greens.

He’s also a guy that can control his ball flight really well which will play to his advantage if the wind starts whipping in Hawaii this week.

Conners punched his ticket this week by winning the Valero Texas Open back in April before finishing last season with seven Top 10 finishes. He’s also had a strong start to the new season finishing T-20 or better in four of five individual events and picked up a T-6 in the team-based QBE Shootout.

The Canadian led the Tour last season in both greens in regulation and proximity to the hole, so these large greens should look very inviting to him this week.

Conners can move it off the tee as well and consistently finds fairways finishing 42nd on Tour last season in driving accuracy. The putter has been the only thing holding him back from truly bursting onto the scene, but if it catches a bit of fire this week I’d be shocked if his name isn’t toward the top of the leaderboard come the weekend.