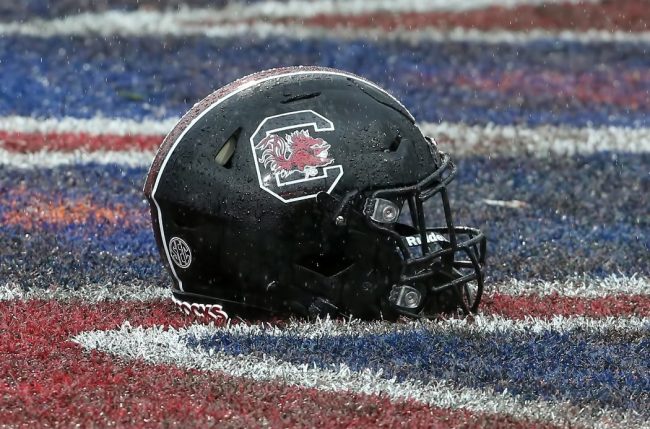 The college football world is in absolute chaos right now between NIL deals and conference realignments. However, the South Carolina Gamecocks are facing an issue of their own as they must rename their mascot. One site decided to list some name suggestions and one has absolutely taken the internet by storm.

According to The State, a site dedicated to the state of South Carolina, Sir Big Spur can no longer be used as the mascot name for the Gamecocks. The reason is that the school doesn’t own the rights to it. Instead, the owners of the rooster do. Now, South Carolina must come up with a new name for their live mascot with the football season right around the corner.

The Gamecocks have yet to release any name suggestions, but luckily, The State has. Matt Baker shares his favorite three suggestions in Cluck Norris, Marco Pollo, and Cock Commander. Take a good guess at which one is trending on social media.

South Carolina's legal team is advising against the Gamecocks using the name Sir Big Spur moving forward because of some 💯college football bickering.
The State has some suggestions for a new name, including Cluck Norris, Marco Pollo and Cock Commander https://t.co/tjJsh83bwg

Of course, Cock Commander is leading the way as the clear favorite. The State even provides a poll of 10 names to vote for and some have snapshot the perfect image with this name heavily in the lead.

I think the voting needs to freeze right here. pic.twitter.com/gCRhdLYHda

Additionally, many are clamoring for Cock Commander to be the legitimate name of the live mascot. Although it’s not likely the Gamecocks follow through with it, it’s still hilarious to ponder.

Sir Big Spur is an issue but Cock Commander isn’t? 😂😂

“cock commander” as a college mascot is insane https://t.co/7kCNyZt36V

Give the people what they want! Do it Gamecocks! Pull the trigger! We can only sit back and pray it comes to fruition even though it’s not likely.