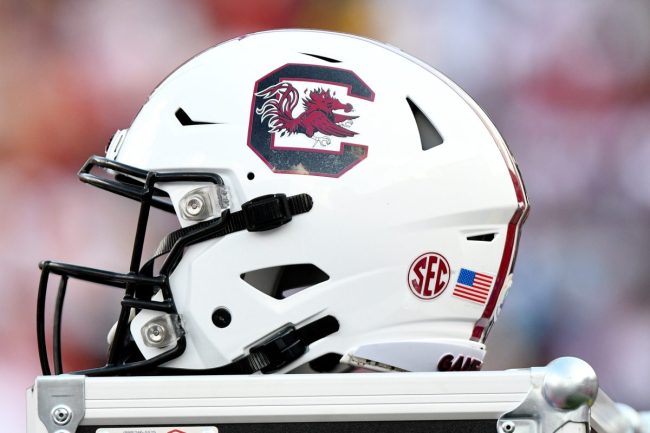 The South Carolina athletic department has unveiled a never-before seen NIL partnership. The new deal, which the school is calling Park Avenue, represents the first time that a university has hired an NFL agency to create its own NIL division.

Park Avenue will be a partnership with Everett Sports Marketing, an agency that represents players like Jonathan Taylor, Mac Jones, Jalen Hurts, and Nick Chubb.

Here’s more per a release from the school.

University of South Carolina student-athletes will have access to elite brand support, negotiation assistance and a strategic deal procurement process through a new partnership between Gamecock Athletics and Everett Sports Marketing.

In partnership with UofSC, ESM has created an in-house agency for all NIL activities, called “Park Ave”, which blends the expertise and talent via decades of sports management and representation and applies it squarely on Gamecock student-athletes and their brands.  These services will be available at no charge to student-athletes.

Park Ave will provide data and analytics to determine influence and brand partnerships, will leverage their extensive knowledge in deal negotiation and procurement, and will spearhead creative content development and execution.

The deal is reportedly worth $1 million over each of the next two years. The deal also ensures that South Carolina holds exclusive rights as ESM cannot partner with any other school in Year 1. In Year 2, the agency can expand its partnership footprint, but it will be restricted from signing any schools in the SEC or in the state (i.e. Clemson).

It’s the next big step for the university at it looks to compete in the highly competitive recruiting landscape in the SEC.

Gamecocks’ new NIL deal could be beneficial to recruiting

Shane Beamer has done everything right thus far in Columbia. Not only has he exceeded expectations on the field to this point, but he’s making waves on the recruiting trail, too.

The Gamecocks have landed seven four-star players in the last month and a half. They’re also a possible leader for top athlete and five-star prospect Nyckoles Harbor.

Still, that’s only been good enough to land them the 15th-best recruiting class in the country, and sixth-best cycle in the conference. Leveraging this new NIL partnership, with its ties to the NFL and exclusivity to South Carolina, could help the Gamecocks continue their rise up those rankings.

Players who will be able to use this partnership right away include former five-star quarterback Spencer Rattler and No. 1 ranked college basketball player GG Jackson. If all goes well, a few more stars could make their homes in Columbia over the next few seasons.