The No. 1 Recruit Just Decommitted From UNC And Star Player Armando Bacot Is So Salty About Losing Him 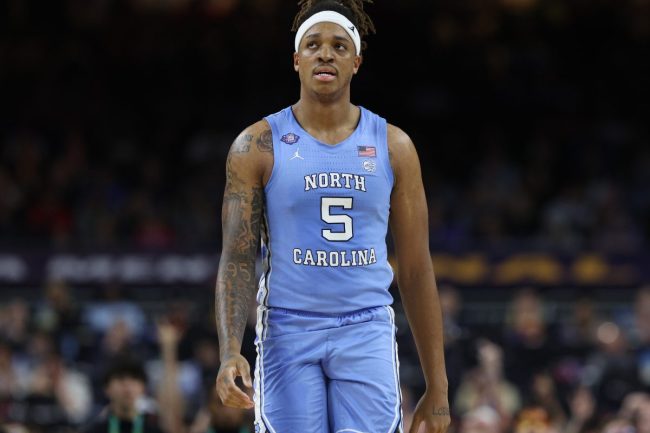 Armando Bacot and the North Carolina Tar Heels are fresh off of a national title appearance, and they’d used that momentum to land a number of star players on the recruiting trail including top overall prospect GG Jackson.

Jackson, the No. 1 overall player in the class of 2023, picked the Tar Heels over suitors like Auburn, Duke, and his hometown South Carolina Gamecocks. He committed to the program back in April, with Bacot having a major influence in his decision.

Fast forward to July and things have changed.

Jackson announced his decommitment from the North Carolina program on Thursday, noting that he’s looking to “explore other options” that will best position him for the NBA.

Jackson’s decision makes him the first player in the modern era to spurn the Tar Heels for another school, assuming he won’t take a shot at the G-League.

Most have hinted that his plan is to reclassify to the class of 2022 with the intent of staying home and playing a season at South Carolina. If so, it would be a huge win for first-year head coach Lamont Paris.

But it’s also a hit to North Carolina, who now loses one of the top overall recruits. And their star player seems a bit salty about how things worked out.

Star big man Armando Bacot was quick to react to the GG Jackson news, heading straight to social media to post his response. First was a cryptic tweet referencing the movie Wolf of Wall Street.

Bacot is right. UNC should be fine despite losing Jackson’s pledge.

The team returns four of five players from last year’s Final Four lineup, and they should once again contend for a national title. But he took it a bit further on his Instagram account, commenting on Jackson’s decommitment post.

Bacot commented on Jackson’s post saying, “F-ck South Carolina.” We mentioned that the Gamecocks are now the favorite to land the No. 1 player’s commitment, much to the dismay of North Carolina’s star.

Time will tell if Jackson does decide to stay home and play for the Gamecocks, or if he takes his talents to the G-League. Either way, Bacot seems salty about losing him.