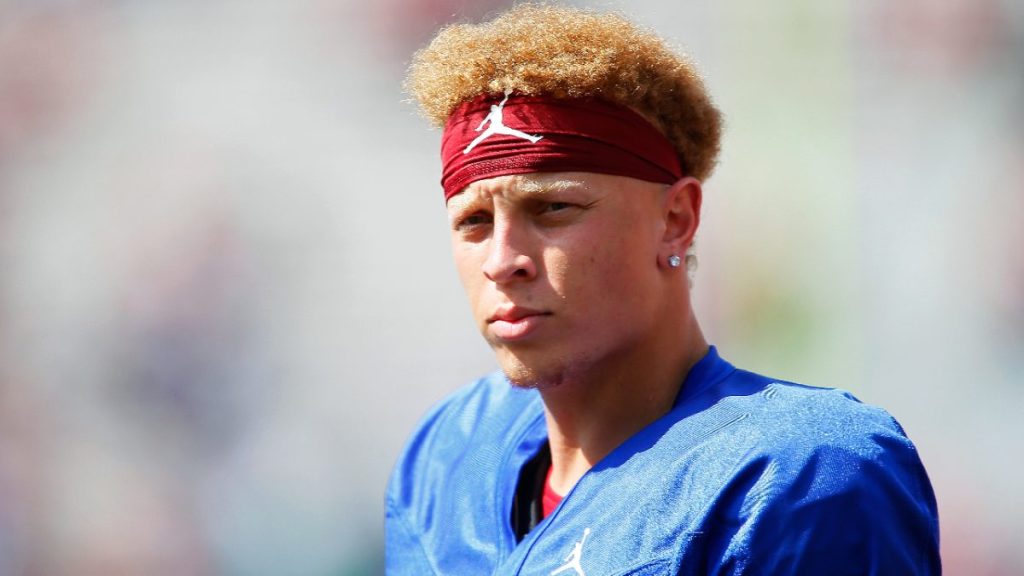 Shane Beamer and the South Carolina Gamecocks made a huge splash this offseason by adding maybe the top quarterback prospect in the transfer portal in Spencer Rattler. Rattler had previously been a Heisman contender with the Oklahoma Sooners before opting to relocate to the East Coast.

His time with the Sooners didn’t go exactly as planned. He was benched midyear for freshman Caleb Williams despite winning each of his first five starts. He was then knocked as being a bad teammate, receiving a ton of negative press throughout that sophomore campaign.

Rattler has done his best to shut down those criticisms and the narrative that he’s a bad teammate. He’s been all football since arriving to the South Carolina campus, working on getting bigger, stronger, and more polished as a passer. Coaches have yet to see an inkling of this alleged bad attitude and are quick to defend their new signal caller.

In the process, he’s become one of the most beloved Gamecocks despite having yet to take a snap.

Spencer Rattler Is Bringing Talent To South Carolina, In More Ways Than One

Obviously, the Gamecocks received a HUGE upgrade in talent at the quarterback position with the signing of Spencer Rattler. He is the highest rated passer to ever play for South Carolina, at least according to the recruiting rankings.

It’s honestly a miracle the Gamecocks found themselves in a bowl game.

Rattler gives the team an immediate boost, but he’s also been able to bring some talent with him.

Four-star tight end Austin Stogner followed Rattler to Columbia from Oklahoma. A number of other transfers noted Rattler’s presence as being influential in their decision to come to South Carolina.

Now, though, he’s trying to make the biggest splash of all.

But there’s one twist with his latest recruiting pitch… the prospect doesn’t even play football.

Rattler Is Recruiting The #1 Basketball Player To South Carolina

GG Jackson is the top-rated basketball prospect in the class of 2023. A Palmetto State native, he plays his high school ball just minutes down the road in Columbia.

On an official visit with the Gamecocks earlier this season, Jackson and Rattler got some time to talk, and the new quarterback made his best sell of the school and the future of the basketball program.

Here’s what Spencer Rattler had to say when I asked him about speaking with @GamecockMBB prospect GG Jackson (@GregJ2023) during Jackson’s recent official visit. pic.twitter.com/eKv6Ij2XKG

Rattler’s message was simple. Stay home and represent the state.

“You’re from here. You might as well stay here. Everybody loves you here, you’re a great player. You’ll make the basketball team better.”

Right now, it looks like Jackson’s decision will come down to South Carolina, North Carolina, and Duke. There’s also a chance the five-star player could reclassify from the ’23 class to ’22 so that he can play in college next year.

It looks as though the Gamecocks will know if Rattler’s pitch worked very soon. Jackson is set to make his official announcement later this month.

GG Jackson just told me he will make a decision on where he will play college basketball in 2-3 weeks. 1 on 1 Interview coming soon on @GamecockCentral. #Gamecocks

If Jackson does indeed commit to the Gamecocks, it will further solidify Rattler’s status as the most popular athlete at South Carolina.