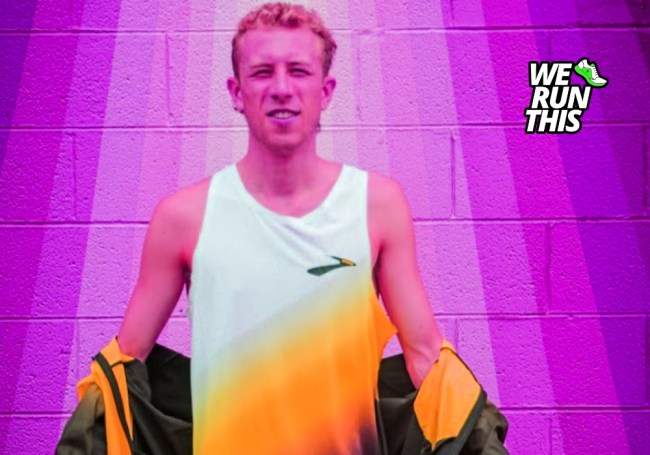 It’s time to strap on your favorite kicks, get to your stating positions, and get warmed for another episode of We Run This.

Spencer is currently a member of the Brooks Beasts running team but he joined the group of Olympic hopefuls in a pretty interesting way. The company found him online and asked him to join.

Now, Spencer did have experience in running, specifically as a member of the Georgetown track team, but after graduation joined the ranks of the rest of us weekend warriors.

Unlike the rest of us, Spencer was smart enough to document his life as a runner on “The Athlete Special” his Instagram and YouTube pages.

Brooks Running found Spencer and offered him a short-term contract to join the team, and over the next year, Spencer will document his journey to “Becoming A Beast” on his social channels.

Within that time, Spencer will attempt to hit key performance standards to earn a Brooks Beasts singlet and a long-term contract with the team.

Nick and I talked to Spencer the week before his training with the Beasts began to discuss how he went from social media runner to member of an elite running crew, his time running in high school and college, how he finds motivation to put in the work to succeed, and the insane journey he’s been on so far.

So let’s jump right into the conversation and meet Spencer Brown.

“We Run This” is a podcast about running and fitness, made for athletes of all shapes and sizes. Check out all of the episodes in the archives.