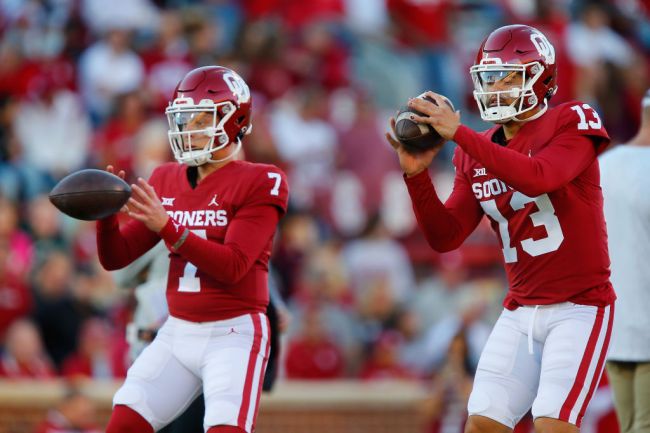 Heading into Saturday’s game against TCU, it was unclear as to who would get the start at quarterback for Oklahoma. Although it was almost certain to be true freshman Caleb Williams, head coach Lincoln Riley was not willing to give a name.

Sure enough, come kickoff, Williams was under center. When he was announced on the big screen, confirming that he was the guy, the stadium went bonkers.

Williams, who took over for Spencer Rattler and led a historic comeback against Texas in the Red River Shootout, was sensational again in his first start.

Meanwhile, Rattler looked on. The preseason Heisman Trophy candidate did not see action in the 52-31 win and will likely be on the bench for the remainder of the year— barring injury or a blowout.

As Williams balled out, Rattler’s face was extremely telling. There has been a lot of speculation about his future over the past week and all signs point toward him transferring, especially after his father’s comments earlier this week.

The broadcast cut to Rattler on a few occasions during the TCU game. When it showed him in the fourth quarter, Rattler’s expression was a mix of disgruntlement, disappointment and longing. 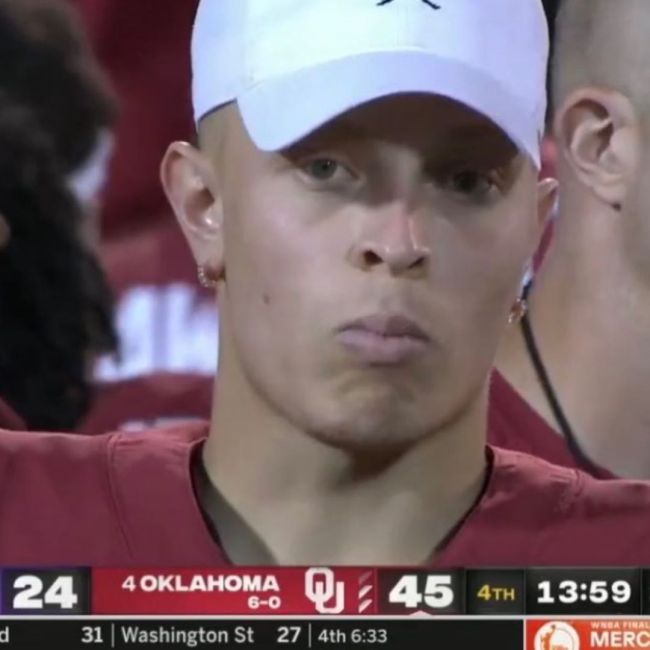 Obviously, one quick cut during one moment of one game does not reeeeaaaaallllyyy mean anything. It certainly is not definitive, nor is it more than just speculation.

But looking at his face, he is clearly ready to get back on the field and wishes things had played out differently. That opportunity will not come with the Sooners and it would be a shock if Rattler’s name is not in the transfer portal come the end of the season.