It Is Clear Where Spencer Rattler Will Not Be Transferring After New Report, QB’s Draft Decision 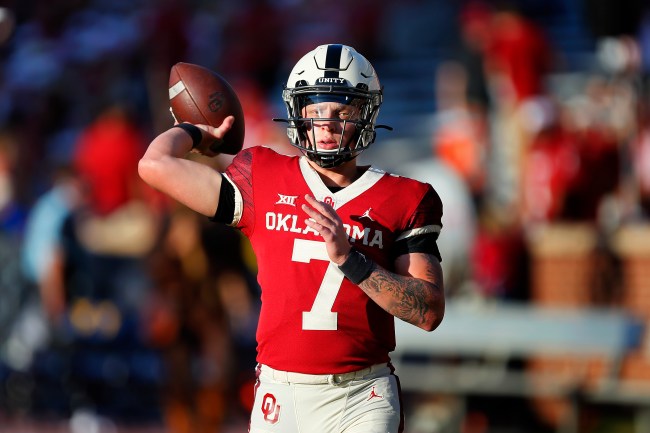 Spencer Rattler watch is in full swing. The former Oklahoma quarterback is in search of his next destination and the possibilities are endless. Except we now know where he is not going.

Rattler, who committed to the Sooners as a five-star, No. 1 overall quarterback recruit in the Class of 2019. He redshirted behind Jalen Hurts as a freshman and was declared the starter as a sophomore.

During his second season in Norman, Rattler led Oklahoma to an 11-2 record with a dominant Cotton Bowl win over Florida. As a result of his strong play in 2020, the 6-foot-1, 200-pound Arizona-native became the incumbent starter for 2021.

Expectations were high for both Rattler and the Sooners. He entered the year as a Heisman Trophy favorite and his team was expected to compete for a national title.

Neither of those things played out according to plan.

Rattler was benched in Week 6 and never regained his role atop the depth chart. Meanwhile, Oklahoma lost two games with Caleb Williams under center and Lincoln Riley bounced for USC after the regular season.

Riley, however, is not the only person to leave the program in recent days. On Monday, Rattler announced that he will be entering the transfer portal.

Among the top schools that might make sense for Rattler, Arizona State was considered to be one of them. Sun Devils quarterback Jayden Daniels did not perform as was expected during the season but was still believed by many to test the NFL waters.

One recent report even went so far as to say that Rattler to ASU was nearly a done deal.

Hearing Spencer Rattler to ASU. Coaches can’t wait on Jayden to make a decision. They need a QB for 2022!

That report was contradicted just a few days later.

And now it is pretty definitive that Rattler will not be heading home to play for the Sun Devils. Daniels announced on Thursday that he is returning for his senior season.

Rattler is more than likely going somewhere that would have an opportunity for immediate playing time. Those schools might include UCLA, Mississippi State, Miami, Tennessee, Florida State and South Carolina. It is also possible that Rattler could still head back home and try to revive a struggling Arizona program.

Regardless of where he might be headed, we now know that he is not heading to Arizona State.