Editor’s Note: Welcome to Sports Finance Brief, a new daily column we’re running here at BroBible breaking down the day’s biggest stories in sports finance. It comes to us via our friends at John Wall Street, a new sports business e-mail newsletter worth subscribing to. Here’s what you need to know today…

NFL OWNERS EXPECTED TO EXTEND COMMISSIONER ROGER GOODELL THROUGH ’24 SEASON; WILL OVERSEE NEXT ROUND OF LABOR & MEDIA NEGOTIATIONS

NFL owners are prepared to give Commissioner Roger Goodell a 5-year extension through 2024, to keep him in his current role through the next round of labor and media (CBS, CMCSA, FOXA, DIS) negotiations. Terms of the deal have not been released, but the contract is expected to pay Goodell in the range of $35 million/year. The NFL players union has already threatened a work stoppage in ’21, so stability at the top remained the owners preference; and while Goodell has been a target of criticism for fans, the league has grown exponentially under his watch.

Howie Long-Short: Goodell isn’t an owner, he’s an employee. How is it possible he made $150 million during his first 8 years as commissioner, while Tom Brady only made $99 million during that same period? Both work for Bob Kraft…

Fan Marino: Goodell says he’s going to be at Foxboro for the opener. Barstool is giving away 70,000 “clown” towels. This should end well.

World Wrestling Entertainment Inc. (WWE) announced it will be launching its subscription based WWE Network in China; after agreeing on a revenue-sharing deal with PPTV, a video streaming subsidiary of Suning Commerce Group (SHE: 002024). China is the final frontier for the WWE, which averaged 1.63 million subscribers during Q2 ‘17 and streams in over 180 countries worldwide. The WWE has acknowledged that expansion into China is “critical to the company’s future growth”, as its major cities are home to more than 140 million fans, only some of which are currently consuming content legitimately.

Howie Long-Short: While the WWE’s pivot from PPV to subscription based programming has proven successful stateside, subscription-based streaming services are yet to become mainstream in China. Asia is a huge opportunity, but it may take some time to gain real traction.

Fan Marino: Did you know? Tian Bing is the first China-born superstar in WWE history. He made his debut at WrestleMania 33.

SEAT SIDE FOOD SERVICE COMING TO STADIUMS/ARENA AROUND THE COUNTRY 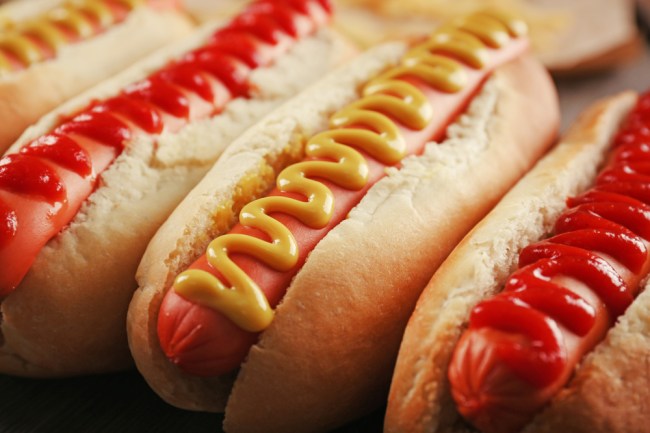 Grubhub (GRUB) and competing delivery companies are pursuing contracts with stadium operators that will enable them to provide food delivery to all fans; not just the ones sitting in premium seats. Ordering would take place through a mobile application, with delivery directly to the fan’s seat. While many are excited about the prospects of avoiding long concession lines, some remain concerned vendors will get in the way of the game action. No timeframe has been given for roll-out of the program.

Howie Long-Short: Looking for a way to invest in stadium food delivery besides GRUB? OLO, which handles digital ordering for 35,000 restaurants, may be looking to get into the space. While OLO remains private, Paypal (PYPL) lead a $5 million series B funding round back in 2013.

Fan Marino: Sounds as if the Jets & Giants are going to be among the first teams to try this out (49ers have been doing it for years), this fall. As a Jets fanatic, this new service will help ensure I don’t miss a Hackenberg interception all year.

HOUSTON ROCKETS ARE UP FOR SALE; PRICE TAG COULD PUSH $2 BILLION

Houston Rockets owner Les Alexander has announced he intends on selling the franchise and it would not be a surprise to see the purchase price push $2 billion. There should be no shortage of interested bidders as NBA teams are cashing in. Forbes’ 2017 valuations project a median operating profit of $23 million/team. On the court, the team is set-up for a short-term run, having signed superstar James Harden to an extension and trading for all-star Chris Paul. Off the court, the Rockets are among the most popular NBA teams in Asia, making them attractive to potential buyers both domestically and abroad.

Howie Long-Short: Alexander purchased the team in 1993 for $85 million. Forbes values it at $1.65 billion today. A return of 18x your initial investment, in 25 years, isn’t bad.

Fan Marino: I keep hearing the Harden extension sold as a reason to buy the franchise. Are the Harden lead Rockets, as currently constructed, beating Golden State? If the answer is no, why do you want to pay him $228 million over the next 6 years?

CAPS/WIZARDS TO PLAY AT CAPITAL ONE ARENA; CAPITAL ONE TO PAY $10 MILLION/YEAR FOR NAMING RIGHTS

Capital One has purchased the naming rights to Washington’s downtown sports arena, formally known as the Verizon Center and will rename the building, Capital One Arena. The deal is reportedly worth $100 million over 10 years, a significant jump from their previous agreement, and now among the most lucrative naming rights sponsorships in the league. Monumental Sports & Entertainment, which manages the venue, announced a separate $40 million investment into arena with the money going to a new data based effort to analyze fan preferences and a new POS system designed to create more efficient lines.

Howie Long-Short: If you are going to measure ROI for a naming rights deal based on social mentions, Capital One should do well. Both the Caps & Wiz are expected to be playing deep into the ’18 playoffs.