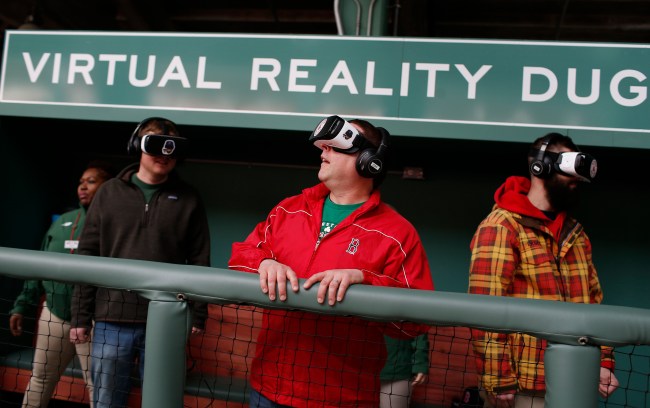 ESPN OTT SERVICE TO LAUNCH IN SPRING 2018 THOUGH SINGLE APP

Disney (DIS) CEO Bob Iger told investors that ESPN’s OTT service would be offered through a single app, starting in the Spring of 2018. He described the platform as a “sports marketplace”, where users will able to purchase sporting events on an ala carte basis. Iger anticipates the service offering 10,000 live events, that are not on the linear channel, within the first year; including regular season MLB and NHL games. No pricing information was released.

Howie Long-Short: UBS studied the content that would air on the ESPN OTT app, reviewed an Evidence Lab survey, analyzed Nielsen (NLSN) data streams and compared the prospective offering to what currently exists in the market. They found that ESPN OTT is “only serving small niches”. You aren’t going to find an argument here. The average Joe isn’t buying collegiate volleyball games, sorry.

Fan Marino: ESPN can put lipstick on a pig, but it’s still a pig. They can aggregate all the non-televised programming they have and roll out a shiny new app, but they are still trying to sell you games that weren’t deemed worthy of airing on the linear channels.

MLB offers fans a free weekly (Tuesday evenings) out-of-market virtual reality broadcast, powered by Intel (INTC) True VR. Using the Intel True VR App fans can control the broadcast POV, get access to postgame highlights and on demand replays of each game. To watch the VR steams, you’ll need a Samsung (KRX: 005930) phone, a Gear VR headset and to download the VR app from the Oculus (FB) app store. Curiosity is driving viewers for short windows of time, but the challenge ahead for MLB is figuring out how to keep that viewer tuned in for a 3-hour game.

Howie Long-Short: When Intel was looking for a VR partner, they were looking for 3 things. Defensible IP, scalability and the ability to stream its feed into a two-dimensional screen as well as to head-mounted goggles. It found its match in Voke VR. Intel lead their $12.5 million Series A round in March ’16, before acquiring the company in November 2016.

Fan Marino: True VR offers views down the first base line, from the right field corner and behind home plate, but the most popular views thus far have been the dugout views. That doesn’t surprise me. It’s a chance for fans to get “behind the scenes”, without the content being scrubbed first (i.e. Hard Knocks).

Harley-Davidson (HOG) reported retail sales were down 9.3% YOY in Q2 ’17 amidst an industry wide slowdown; as baby boomers, historically the company’s biggest customers, aren’t buying new bikes. To exacerbate the issue, boomers are selling their old HOG bikes, which is driving prices down within the used market. As a result, the used Harley market is booming, with pre-owned HOGs selling at 2.5x the rate of new ones. The growth within the used market reflects the strength of the Harley-Davidson brand, but those sales obviously don’t impact the company’s bottom line.

Dick’s Sporting Good, Inc. (DKS) announced it would be opening 10 stores, including 8 flagship stores and 2 Field & Stream outlets by mid-September, as part of the company’s plan to open 43 new stores by the end of the year. The company reported Q2 2017 revenue growth of 9.6% (to $2.157 billion), attributing it to the expansion of its store network (13 stores in Q2), as consolidated same store sales rose just .1 percent YOY. Company CEO Edward Stack believes that retail disruption provides DKS with long-term opportunities and that the company needs to invest aggressively, both in brick & mortar and its marketing efforts, to protect its market share.

Howie Long-Short: DKS recently launched a private label compression and training clothing line named Second Skin, to compete with Under Armour (UAA). It’s certainly worth a shot. The odds of developing a successful private label in-house must be better than banking on a vendor that wants to go DTC (i.e. NKE) to drive future growth.

Fan Marino: Dick’s is doing athlete meet and greets at each of their grand openings. If you happen to be in Medford, MA Sept. 15-17th, Celtics 1st round pick Jayson Taum will be in attendance; while Kings star Buddy Hield will be at the Roseville, California opening that same weekend.

Florida State University’s athletic department has been able to accelerate its ticketing sales cycle by adding text messaging to the process. Using ZipWhip to give its box office phone number text messaging functionality; FSU has seen an increase in the percentage of responders to their outreach, faster response times and increased conversation rates. ZipWhip technology enables two-way texting between businesses and their customers, while the underlying platform facilitates the conversation much in the same way that Outlook or Gmail does for email communication. The company has increased reoccurring monthly revenues by 60% over the last 10 months, picking up clients in a variety of phone intensive industries (i.e. insurance, medical, auto sales).

Fan Marino: Mobile Marketing Watch has indicated that while only 20% of emails are opened, 98% of texts are. I need to meet the 2% of people who have the discipline to avoid checking their text messages when that little number icon appears, because I don’t believe they exist. Of course, if I start getting text messages offering me erectile dysfunction medications, I’ll stop checking my texts too.