How Gambling Is Shepherding A New Era In American Sports 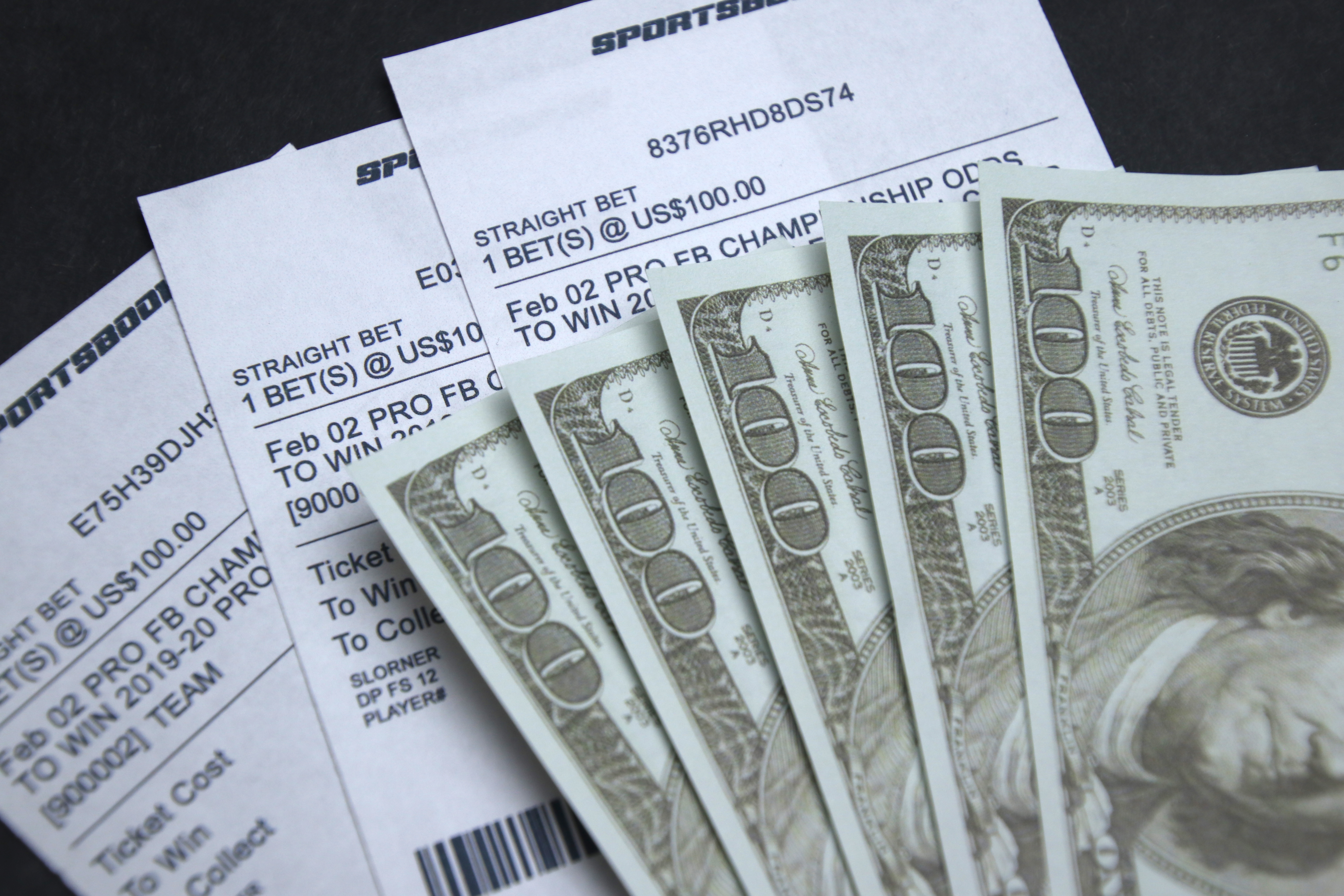 On October 28 of this past fall, NFL running back Todd Gurley made a lot of people angry—myself included.

It was the last play of a Sunday evening matchup with the Packers. A close game, the Rams were up twenty-nine to twenty-seven with the ball and just over a minute left on the clock.

Gurley was darting down the sideline, pigskin in hand, as he’s known to do. The lane was completely open. A touchdown for the young back is all but guaranteed. Except, when he hits the 10-yard line, he slows down. By the 7-yard line, he had stopped running altogether. Gurley was tackled at the 5.

The ostensibly selfless play allowed the Rams to run out the clock, sealing the game.

Todd Gurley seals the game with a first down and the Rams are 8-0 🔥 @TG3II pic.twitter.com/gx2zVNbJky

Countless football fans were anxiously following a different metric: the spread. The Rams were 7.5-point favorites over the Packers, meaning Los Angeles bettors needed their team to win by eight points or more in order to cash their tickets.

By that evening ESPN, Bleacher Report, Business Insider and even the Washington Post, had written op-eds about the play. For the next week, all that radio hosts and television pundits could discuss was the intentional balk. Gurley himself commented via Twitter.

The event sent sports betting hurtling toward the mainstream. It became clear that the NFL’s policy of looking the other way was insufficient at best.

Granted, this all began well before Todd Gurley decided to run out the clock last fall. Wagering has been around since the beginning of organized sports. Even Ancient Romans were known to gamble on chariot races before Jesus was in diapers.

The sports betting craze in America, however, is decidedly more recent. A year ago, the U.S. Supreme Court in Murphy v. NCAA recognized sports betting as a God-given right, protected under our hallowed Constitution. Twelve states have moved to legalize the practice since then. Legalization is pending in many others.

This is welcome news for all you buzzer beater junkies out there. Others, however, fear a reverberation of the corruption that scarred the industry years ago—think Shoeless Joe Jackson’s 1919 Black Sox or the Boston College point shaving scandal. A trend in this direction would relegate America’s prestigious leagues to WWE status. Proponents of sports wagering argue that the generous compensation of twenty-first century players and coaches would preclude them from throwing games, as they have little need for career-compromising cash.

Additionally, the image of the gambler has evolved drastically in the last ten years. At the turn of the century, sports bettors were stigmatized as degenerates, forced to subsist on the margins of society. Recent developments have shown that this discriminatory trend baseless and unnecessarily caustic. People like James Holzhauer, a professional gambler and Jeopardy! savant, have helped soften the seedy reputation of sports betting. Holzhauer likens his career to that of a high-frequency trader on Wall Street, using troves of data to make informed decisions in a mercurial market. Rufus Peabody, host of the “Bet The Process” podcast, talks about professional sports betting stereotypes, “there’s the old image of a cigar smoking Mafioso type guy.” This, he says, is an equally unrealistic and antiquated portrait of what has become a legitimate career path.

In the end, it was money, not Supreme Court cases or PR maneuvers that shepherded this new age of socially acceptable gambling. The untapped market was simply too lucrative to stay sidelined. According to the New York Times,

a fully developed sports gambling industry in all states would draw $100 billion in bets every year; the congressional National Gambling Impact Study Commission has suggested the figure could be closer to $400 billion.

Still, the largest consequences of legalized sports betting will play out on the field; though gambling advocates and league execs vehemently deny that the practice will fundamentally change sports.

I can understand why they want to dispel any fear that wagering might change gameplay, but their guarantee is ill-informed at best and deceitful at worst.

The last major change across the world of sports was television. This dramatically reshaped how games were played and consumed. Teams were given extended breaks to accommodate advertisements—the NBA’s commercial timeout and the NFL’s two-minute warning. Many leagues created new rules to increase scoring. The speed of play was expedited to increase viewership. And the instant replay was introduced.

Today, the industry can expect similar changes as a result of mainstream sports gambling. Already the NBA, MLB and NHL have signed multi-million dollar sports betting deals with MGM Resorts. The NFL has kept its cards closer to its vest. Mike Florio of Pro Football Talk expects the NFL to move to an 18-game season to maximize its gambling revenue. Others speculate that the League will become more like its spinoffs, which are organized to facilitate gambling. According to the Washington Post, the Alliance of American Football (AAF) set out to create “a digital platform that allows fans to play a fantasy-type game tied to the action on the field, and it will allow and encourage fans to place real-time bets on the action in front of them.”

In a gambling-centric NBA, it is likely that players and coaches will be intensely scrutinized. That meaningless two-point jumper in garbage time now carries concrete, financial consequences. Marc Ganis, the co-founder of SportsCorp, Ltd., asks, “Are the unions and the players prepared for some privacy invasions, similar to what takes place to testing for performance enhancing drugs, but now related to integrity—which is a much less tangible matter?” A large and intrusive compliance apparatus will have to be constructed to assure no foul play is taking place.

The MLB has already changed its rules regarding lineups in order to reduce integrity risks. Teams now must release their starting player lineups to officials at least 15 minutes before they’re publicly announced. The league has also signed a “wide-ranging, multi-year partnership” with Sportradar. The deal includes,

exclusive distribution rights for official MLB real time game statistics, as collected at every ballpark via the league’s proprietary technology and stat operators, to both media companies and regulated sports betting operators. It also will have exclusive rights to distribute live industry standard audio-visual game feeds to gaming operators outside the U.S. in territories where sports betting is legal.

Some NHL analysts predict significant rule changes are on the horizon as well. In the wake of the MGM deal, executives began considering inserting a chip into the puck to increase data which will be sold to sports betting companies. Other rules may be created to maximize scoring, which would mean more opportunities for wagering. Scenarios that generate goals, like a 4-on-4’s, would be promoted.

For other sports, like golf, the consequences are less concrete. However, The Match: Tiger vs. Phil, a head-to-head competition between heavyweights Tiger Woods and Phil Mickelson, was an interesting model for how the sport may evolve to accommodate gambling. It featured live lines and odds one every shot. Tiger and Phil were literally placing bets on holes as they went along.  This high profile, pay-per-view duel resembles the entertainment model of a boxing match. We can expect a push in this direction in the coming years.

The most apprehension, however, stems from the NCAA. As mentioned, professional athletes and coaches probably make comfortable enough salaries to avoid the short-term temptation of fixing games. Unpaid college athletes, on the other hand, generate millions for networks and reap none of the benefits. If there is a way for them to make a significant sum by missing a layup in a throwaway game, disgruntled players will be inclined. Gambling is only going to get bigger in the coming years. The NCAA has a choice: it can either erect a massive oversight system or fairly compensate its student-athletes.

Whether or not that happens, the next five years will be formative for the evolution of American sports. All that can be said for sure now is that things will change—drastically.