Squat Every Day: Squat More For Fat Loss, Strength Gains, And To Get Jacked 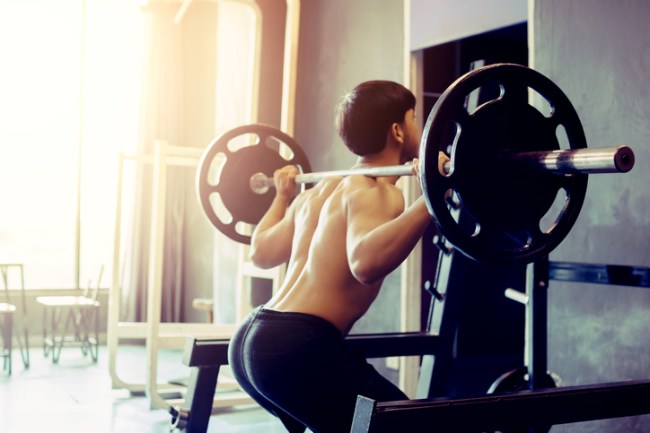 Here at Brobible, it’s no secret that we love the squat. The squat is a staple exercises that can become a part of any program, whether that program is focusing on strength, size, fat loss.

The squat is kicks so much ass because it works your ass so hard. The act of squatting to depth with no added weight recruits hundreds of muscles. Add weight into the mix, and all of the sudden you’ve got an exercise that truly does force the entire body to work.

Squatting is a highly metabolic move. It burns through calories at an unbelievable rate, thanks to the high number of muscles involved in the motion. It’s also one of the best mass and strength building exercises in existence.

Put simply, there’s a pretty damn good reason the squat is often referred to as the king of all exercises.

How many times a week should you squat?

Just because you know the squat is one hell of an exercise doesn’t help in deciding how often to perform it. And depending on who you ask, you could get hugely varying answers.

Some traditional bodybuilder types argue that 1-2 squat sessions a week are all that’s needed in order to get the best results. They say that the squat is too demanding, and takes too much time to recover from.

Lately, many popular powerlifters and others have become really vocal proponents of daily undulating periodization, or DUP, and argue that squatting 3-4 times a week is entirely okay, as long as you go about it in an intelligent manner.

On the far end of the spectrum are people like the President and Co-founder of MusclePharm, Cory Gregory, who say you can squat every single day.

Which is the right answer?

Without being too much of an annoying bastard, the obvious answer is that it depends. It depends on your goals, and what you’re looking to get out of training.

If you couldn’t give a shit about ever squatting for the rest of your life, then working 5 squat sessions per week into your training program doesn’t make a whole lot of sense, does it?

Maybe you’re a bro though, and good bro’s know that they need to work on their biceps and their thighceps. Good bro’s don’t skip leg day, because leg day builds badass bro’s. Badass bro’s also want to look like they lift. They want to be jacked, tan, and eschew the idea of a dadbod as something for old ass alumni only.

Then there is the sadistic bro who wants to be a badass bro X a million bro points.

If you fit that profile, then maybe squat every day is for you.

When talking about squatting, the whole idea of squatting every day isn’t some made up bullshit that Cory Gregory is insane to follow. In fact, it’s actually a pretty damn good idea if you’re looking to get bigger, stronger, and leaner.

In case you’ve forgotten, requires a high number of muscles working together at once, meaning that you can push more weight, burn more calories, and enjoy a greater short term hormonal response. 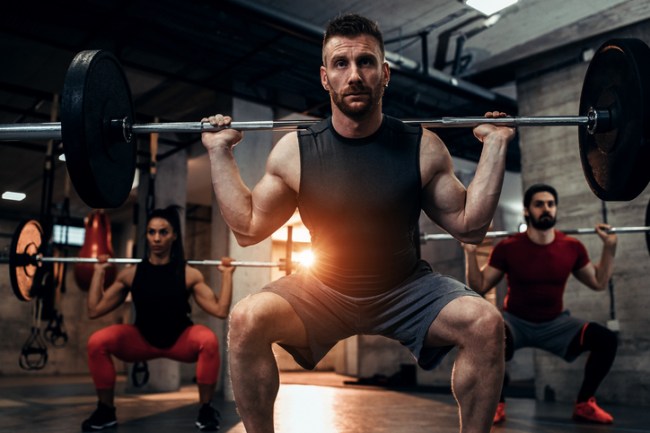 Academic backing for squat every day:

Like I said, Corey Gregory may be insane, but he isn’t dumb. Quite a few very smart people have started using a squat every day, or very similar protocol. One of those is Dr. Mike Zourdos, who holds a PhD in Exercise Physiology, has coached the Florida State Powerlifting team, and is a competitive powerlifter himself.

Zourdos has gone periods of squatting 70+ days in a row, and I believe in another training cycle even squatted for 100 days in a row. To say Zourdos loves the squat would be a massive understatement.

One hallmark of many training programs that Zourdos puts together is the fact that the squat is a central lift. Not only because his lifters need to be proficient, but squatting often turns his lifters complete badasses.

If you want to find more out about the work and research Zourdos is doing, check out his Facebook page here.

How to properly squat everyday:

You’ve got a set of titanium balls and have decided you want to squat every day. Good for you, bro. I’m pretty sure I can hear those titanium balls clanking together as you get up to grab a beer.

One of the most common squat every day protocols involves working up to a training max every single day. This means each squat session basically looks like this:

I’ve talked in the past about the 3 training variables that govern training success; intensity, frequency, and volume. If one of these variables starts going up, after a certain point the other 2 must go down.

There will be some days where the squatting volume is higher, and you’ll work in more moves like lunges, leg presses, deadlifts, and other leg work. Just because you squat every day doesn’t mean you neglect every other single leg exercise out there.

If you think you can handle it, try out squatting every day for the next 6-8 weeks. Keep track of your weight, measurements, body fat, and maxes. I’d be willing to bet my bottom dollar those are all improved at the end of the program.