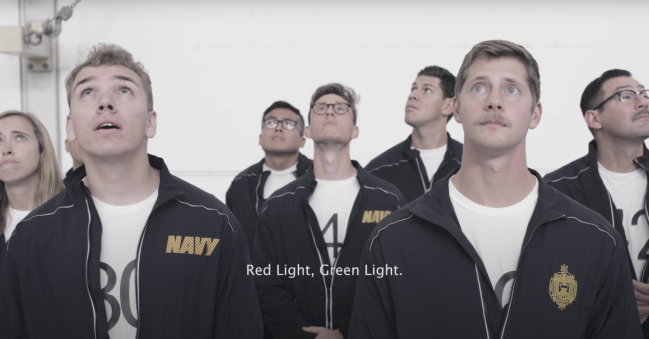 America’s Game pits the two largest branches of the United States military against one another in a game that transcends beyond sport. It’s for pride.

Although the Midshipmen won 16 of 17 games from 1999 to 2015, the Black Knights have rattled of a recent run of their own and have won four of the last five meetings, including last season. Navy leads the all-time record 61-52 and the two teams have tied seven times.

This year’s game will be played at MetLife Stadium and while Army is favored to win by 7.5 points, the spread means nothing when these two schools get together on the gridiron. Either team could win.

As such, getting to the game is crucial.

Every year, a select group of students (the cadets and midshipmen) are chosen to attend. This year, the Naval Academy is selecting those students based on a competition, kind of.

Well, not really. Actually, not at all.

Prior to Saturday’s game, Navy released an incredible Squid Game parody to talk smack to and fire shots at Army. In the video, the midshipmen are competing in their own version of the Squid Game for a chance to attend the football game.

Players go head-to-head in “Red Light, Green Light,” just like the show. If a player moves after the red light, they are shot and eliminated.

There is a twist, however. The leader of the Squid Game is not who the midshipmen (or you, the viewer) might think. The entire thing is very creative and extremely well-shot and well-produced.