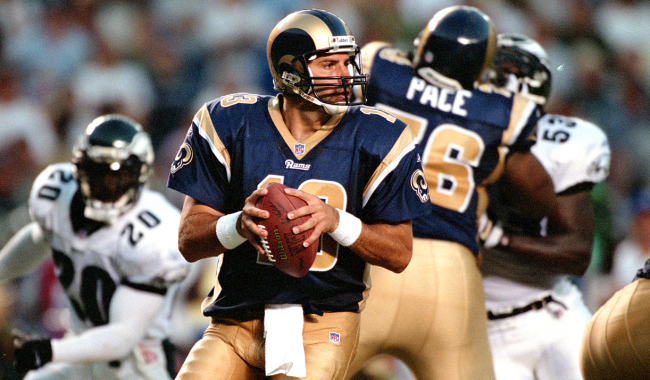 Shortly after the Rams moved back to Los Angeles after 21 years in St. Louis, the city, the St. Louis County and the St. Louis Regional Convention and Sports Complex Authority sued the NFL and its 32 teams, reportedly seeking more than $1 billion in compensation.

The lawsuit claimed that the Rams did not follow NFL protocol and “make a good faith effort to stay in their home market.”

The St. Louis Post-Dispatch got their hands on these records and they show a purposeful pattern of deciept.

First off, they show that when Goodell spoke to the media at the 2014 pre-Super Bowl press conference and said had no knowledge of any plans by St. Louis Rams owner Stan Kroenke to develop a stadium in Los Angeles he was flat out not telling the truth.

• Kroenke and top Rams executive Kevin Demoff began talking about the Los Angeles stadium project in earnest in the summer of 2013, more than a year before they revealed their plans to the public.

• In December of that year, Demoff sent Kroenke a secret memo laying out, in detail, strategies to get NFL permission to move the Rams, including a plan to highlight St. Louis’ “downward trend as a market.”

• At least twice, the Rams and the NFL worked together on public statements obscuring Kroenke’s moves in LA, first after Kroenke bought land at Hollywood Park and then again when he leaked news that he was building a stadium there.

• In March 2014, Kroenke and his partner in the Hollywood Park land deal discussed keeping the deal quiet “to maximize 2014 ticket sales by avoiding any unnecessary publicity about the possible departure of the Rams.”

Multiple NFL executives were in on the secret plans to move the Rams to L.A.

When former NFL executive Eric Grubman asked the NFL office in January 2014 whether or not they should find out specifically what Kroenke’s plans were for the property he bought in Los Angeles, the league chose to obfuscate the truth.

“As real estate developers, the Kroenke Organizations are involved in numerous real estate deals across the country and North America,” the Kroenke Group eventually said in a statement at the time. “We have yet to decide what we are going to do with the property.”

Rams COO Kevin Demoff even played dumb with the team’s employees in St. Louis, writing in an email, “Our focus will remain 100% on putting the best team on the field for St. Louis in 2014 and beyond.”

None of this is terribly surprising to many, but one little tidbit that was unexpected was the fact that there was talk of the Raiders moving to St. Louis to replace the Rams “with restructured ownership, a brand makeover and a commitment to a ‘special diversity initiative,’ according to Goodell’s copy of the agenda,” reports the Post-Dispatch.

Just think, St. Louis, the home to four past NFL teams (All-Stars, Gunners, Cardinals and Rams – the last two which were taken from other cities) had a small chance of also having the Raiders.

Of course, that didn’t happen.

Someone in St. Louis should have just pulled the trigger back in 1994 when the owner of the Patriots was looking to move to the city and turn them into the St. Louis Stallions.

I had no idea the New England Patriots were supposed to relocate to St Louis in 1994 and become the St Louis Stallions. Robert Kraft prevented the move by enforcing the Foxboro stadium lease. All those Super Bowl trophies we missed out on…..! pic.twitter.com/uvxEYhnoJN

Oh, what could have been.