St. Louis Wants The NFL To Pay More Than $1 Billion Over Rams’ Relocation To L.A. 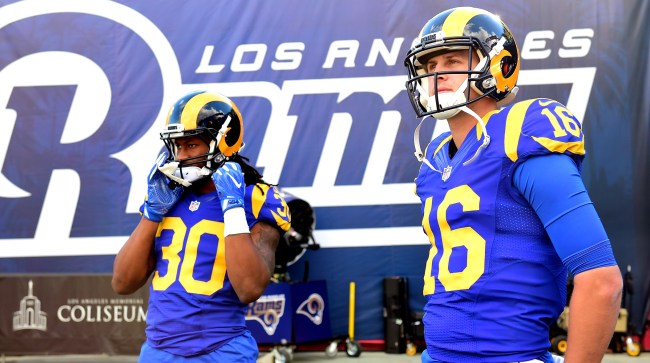 The city of St. Louis is apparently getting tired of getting dumped on by the National Football League and now they want the NFL to pay. A lot.

St. Louis has been the home of four different NFL franchises since 1923.

The city’s first NFL team was the St. Louis All-Stars. They only lasted one season, going 1-4-2.

Now the city wants to get paid. Never mind the fact that both the Cardinals, as well as the Rams, were taken from other cities in the first place.

St. Louis wants a slice of the value of Los Angeles Rams owner Stan Kroenke’s team, his real estate holdings, and oh, a part of the increase in price tags on the 31 other NFL teams over the last half-decade.

By now, nearly four years after the city of St. Louis, St. Louis County and the St. Louis Regional Convention and Sports Complex Authority sued the league and its 32 teams over the 2016 relocation of the Rams to L.A., it had been reported the suit was seeking more than $1 billion.

Lawyers for the NFL, at a marathon three-hour-plus hearing Thursday, spoke of damages claims of billions of dollars, confirming the 10-figure demands of the lawsuit.

So how does the city of St. Louis think the NFL owes it at least a billion dollars?

St. Louis also claims the Rams did not follow NFL protocol and “make a good faith effort to stay in their home market” and things are getting very testy with the city’s lawyers accusing the NFL of stalling tactics.

Don’t feel too bad for St. Louis though. They could have had the Patriots for the past two-and-a-half decades had they played their cards right.

So far, Chargers owner Dean Spanos has already given a deposition in the matter with the Patriots’ Bob Kraft, Kansas City’s Clark Hunt, and the Cowboys’ Jerry Jones all scheduled to do so in the coming weeks.