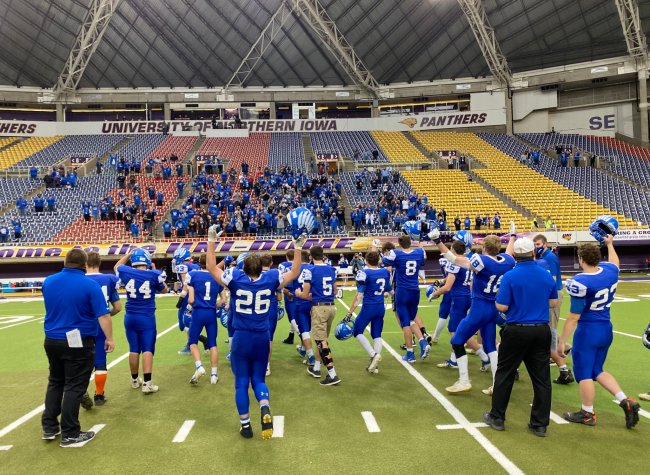 Midway through the third quarter of its Iowa state eight-man football semifinal matchup against Montezuma, Remsen St. Mary’s high school was in a 24-point hole, down 60-36. What happened next was unbelievable.

The Hawks, coming from about a half an hour outside of Sioux City, Ia., doubled their point total in the third quarter and took a lead that they wouldn’t give up. Behind 559 rushing yards, Remsen St. Mary’s advanced to the IHSAA State Football Playoffs Championship with a 108-94 victory in front of a limited-capacity crowd at the University of Northern Iowa. On the winning side of the ball, the rushing attack was the primary means of operation with 66 carries and only 134 yards passing on 22 attempts. For the unsuccessful challengers, it was the pass. Montezuma threw the ball 62 times for 744 yards and kept the ball on the ground just 15 times for 60 yards. Both teams combined for an astonishing 1,497 total yards and a state-record 202 total points.

Whew, look at those stats 🤯

UNI’s secondary scoreboard could not process the triple-digit score and put up symbols instead of numbers. Eight-man football, or 8-player as they say in Iowa, allows the state’s smallest schools to play the sport as enrollment shrinks and the state’s population leaves rural Iowa and moves to the city. Today, there are 66 8-player programs across the state and to qualify, schools must have a ninth-through-11th-grade enrollment of 120 students or fewer.

Remsen St. Mary’s will advance to the state final this weekend after the surreal day on Thursday.

“We got to 100 and I didn’t even know we were above 60 until my friend said, ‘Look at the scoreboard. It can’t even read it.’” RSM defensive lineman Xavier Galles said. “I am just proud to say I was part of it and I am excited to tell my kids that was us way back when.”

Somehow, the scoring summary fit on one page, and it’s pretty insane. 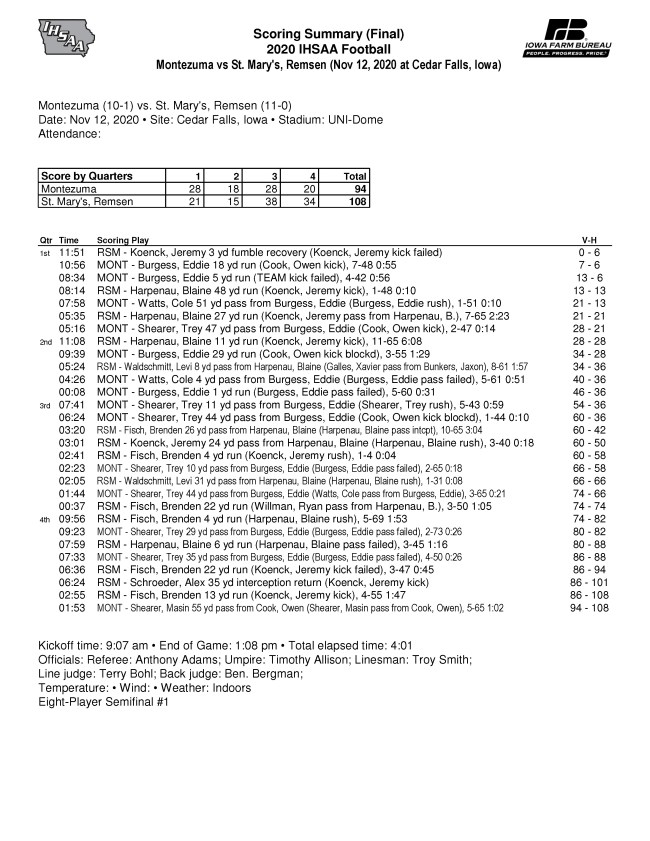