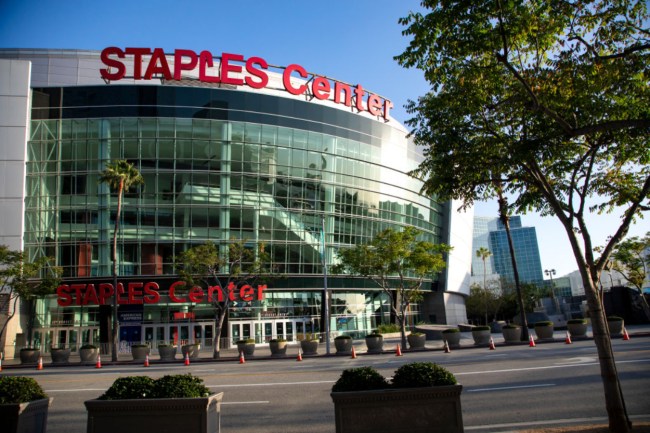 The Staples Center is one of the most iconic arenas on the planet, but at the end of the day, it’s what goes on inside the walls that matters, not what’s hanging on the outside of them. Some people don’t seem to feel that way, however, as plenty of folks are sad over the fact that the Staples Center signs are being removed from the building.

News broke in mid-November that the Staples Center will be renamed ‘The Crypto.com Arena’ beginning on December 25th. People were pretty furious about that news in general, but now with signs actually coming down, they’re officially furious and sad about the reality of the name change.

Again, while it is an iconic sign, it’s just a sign. Also, if you really stop and think about it, Staples has absolutely zero relevance in today’s pop culture or everyday life. When’s the last time you walked into a Staples or even saw one of the office supply store chains?

Crypto, on the other hand, is the new hip thing for everyone out there that thinks they’re smarter than you, me, and everyone else.

While ‘Crypto.com Arena’ doesn’t roll off the tongue, it’s a more relevant sponsor for the arena.

The Staples Center will always be the Staples Center. Everyone in Los Angeles will continue to call it that, it’ll take years upon years for anyone to actually start calling it ‘Crypto.com Arena.’