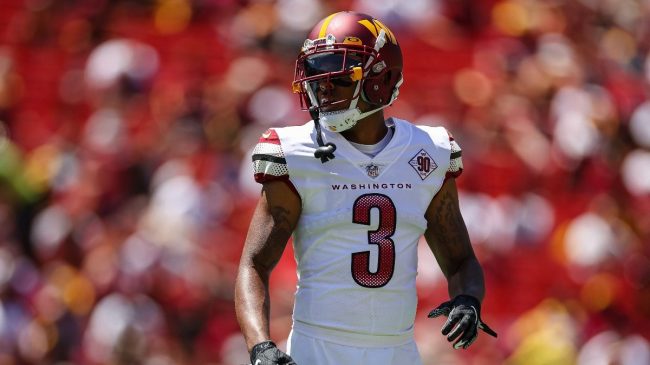 After sending Chase Claypool to the Chicago Bears, the Pittsburgh Steelers remained busy before the NFL trade deadline. As a result, the front office reached an agreement with the Washington Commanders for cornerback William Jackson III. It’s a bold move, but it could greatly pay off in the long run.

Steelers Trade For William Jackson III From The Commanders

According to Ian Rapoport, the two sides are finalizing the deal. The Steelers’ defense hasn’t been the best this year, but they clearly believe Jackson can help out the secondary in a big way. We’ll see how it plays out though, as William Jackson III was in murky waters with the Commanders.

Sources: The #Steelers aren’t done. They are finalizing a trade for #Commanders CB Will Jackson III, some help for their defense. pic.twitter.com/6jFL0OkXCB

Washington benched the veteran cornerback during their loss to the Tennessee Titans. Since then, he hasn’t played a role for the Commanders. Additionally, it was reported the front office was opting to release him if a trade never came to fruition. For that reason, Steelers fans are at odds on whether they like the deal or not.

No, WJIII is not a good player

Yeah. Nobody is quite sure what the Steelers are doing. It could be a great trade, but it could also backfire in a major way.

At least, Commanders fans are happy.

At the end of the day, William Jackson III just wasn’t a good fit in Washington. He finally receives the fresh start he’s been looking for. It’ll be interesting to see how it plays out. However, based on how badly AJ Brown torched the secondary in Week 8, the Steelers could use all the help they can get.