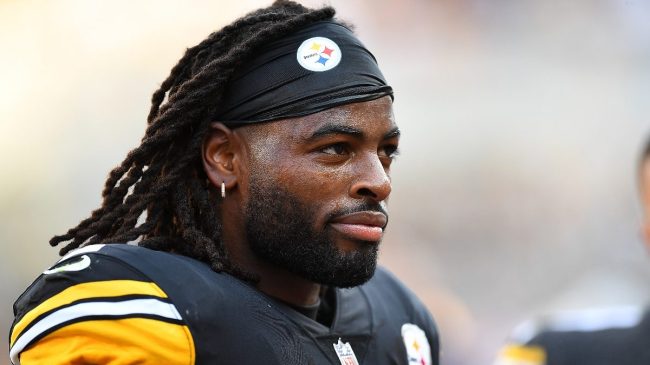 Although the Pittsburgh Steelers squeaked out a win over the Cincinnati Bengals, the club suffered some injury scares. TJ Watt dodged a bullet and should be back mid-way through the season, while Najee Harris received an ankle injury. However, the Steelers running back is extremely optimistic despite Mike Tomlin’s concerns.

According to Brooke Pryor, Harris fully believes he’s going to play in Week 2 against the New England Patriots. Injuries happen all of the time in football but considering Najee Harris is a cornerstone for the Steelers offense, you’d think the coaching staff would move forward with caution.

Harris: "It's part of the sport, man. I mean it's a little injury. I got hurt plenty of times, you know? I mean I had like six, seven weeks to let it calm down – the original injury – and it's good now there's nothing wrong with it, man." https://t.co/d39r5z5sXQ

Mike Tomlin commented on Harris’ optimism earlier in the week, per Brook Pryor. “Naj is really optimistic. It’s good to be young.” The Steelers running back had a hilarious response though, stating, “I thought I was pretty old for a running back. They said… That’s crazy, man.”

Najee, today, hearing that Tomlin called him young: "I thought I was pretty old for running back. They said … that's crazy, man."

We’ll have to wait and see if Najee Harris plays or not in Week 2. He sounds rather confident that he will be. However, the Steelers might want to consider giving him a week off. Mike Tomlin will likely have the final call and he hasn’t shown that same level of optimism as his star running back.

Regardless, the good news is that Harris didn’t re-aggravate the same ankle injury during training camp, per Brooke Pryor. For that reason, the Steelers head coach claims the coaching staff is “encouraged” by that news.

So, keep an eye on Najee Harris. The Steelers have several more days to prepare for their Week 2 matchup against the Patriots. How he handles practice throughout the remainder of the week will likely determine whether he plays or not.