Pilates Instructor Claims Steelers Player Has 10 Side Chicks, Says She Informed His ‘Hidden Girlfriend’ Of Cheating 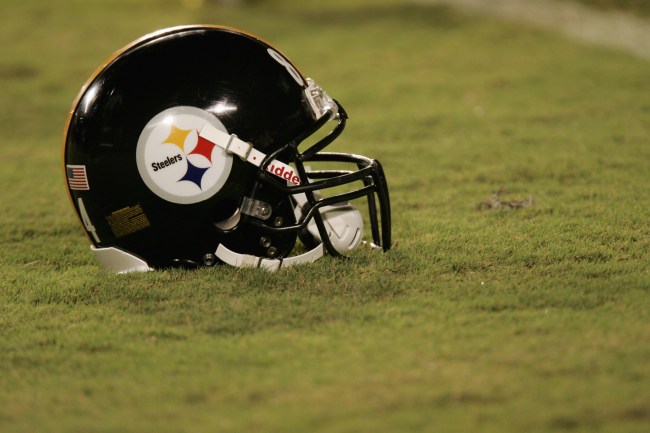 A young woman is spilling the tea on a Pittsburgh Steelers player who she claims has 10 side chicks and a “hidden girlfriend.” The scandalous accusations were made by Jennifer Woodward, a reported Los Angeles-based Pilates instructor.

Woodward provided testimony to Sports Gossip about the situation. She notes that she was “casually” seeing a Steelers player, but did not name him. Woodward alleges that the NFL player has a girlfriend of three years, but the girlfriend is oblivious to his purported cheating ways. She claims she has “receipts” and is going to inform the “hidden girlfriend.”

“I had been very, very casually talking to an NFL player for a few months,” Woodward said. “He was talking to a lot of other girls which absolutely like is not the problem whatsoever. What is the problem is that while he’s been messing around with me, while he’s been messing around with other girls, he has had a whole girlfriend — hidden girlfriend — of three years.”

“I truly, truly believe in my heart of hearts that she’s oblivious so when I [direct message] her, I’m going to be as nice as I possibly can,” she continued. “I’m just automatically going to send her proof right off the bat. So what I have in my phone right now are screenshots of him texting me his address, him ordering me Ubers — I have all the receipts. I have him telling me he’s coming down from his apartment to come get me in the lobby. I have us making it very clear that I’m going to see him.”

Woodward first dropped the accusations on November 27 on TikTok. In the video with Rihanna’s “Take a Bow” playing in the background, she writes, “Yeah I destroyed his life all in one day and I’ll do it again.”

“When you hook up w/talk to a NFL player for FUN but then find out hes a master manipulator who has a 3 year relationship and 10 side girls (sic),” she claims. “So you tell his girlfriend (who has no idea) she dumps him, and he gets injured all in the same day.”

Woodward didn’t reveal the identity of the Steelers player, nor does she initially provide any evidence whatsoever. Which caused many on social media to doubt her story and declare her allegations as baseless.

She responded to the doubters in her comments by answering back in a video, “Here are screenshots of me DMming the girlfriend and this is when she broke up with him.”

“Okay so this is the first proof I sent the girlfriend and attached our screenshots between the player and I,” she said in another reply video. “And this is even a Snapchat of me in his bathroom wearing one of his shirts.”

So far this NFL season, the Steelers player who have gotten seriously injured include starting right tackle Zach Banner sustained a torn ACL, inside linebacker Devin Bush tore his ACL, and outside linebacker Bud Dupree also tore his ACL.