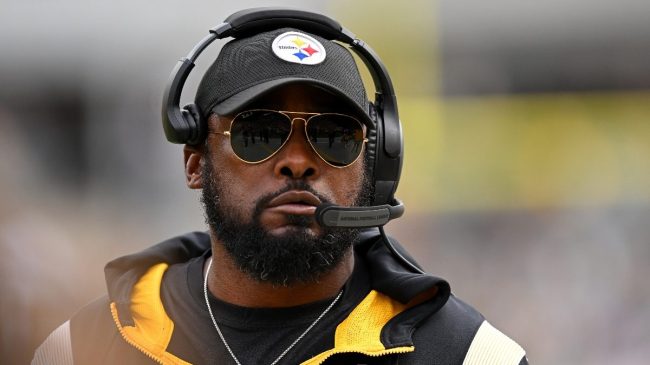 The Pittsburgh Steelers lost a heartbreaker to the New York Jets on Sunday. Even so, the fanbase seemed extremely excited after Mike Tomlin finally made a quarterback switch. Regardless, many hope to see Kenny Pickett under center from here on out, but it sounds like Pittsburgh’s head coach isn’t ready to hand the reigns over to the rookie quarterback.

According to Dejan Kovacevic, Tomlin avoided committing to Pickett as his starting quarterback moving forward. To be fair, the Steelers head coach avoided the question altogether, as nothing he said indicates he prefers Mitch Trubisky either.

I just asked Mike Tomlin if he expects to stick by his quarterback change next week in Buffalo: pic.twitter.com/kxKb7chea5

Most head coaches don’t like to give too much information away. Pittsburgh clearly has a quarterback controversy on their hands though. Not naming a starter could potentially work in the Steelers’ favor in Week 5, as their opponent must be ready to face either one.

At the end of the day, it’s hard to imagine Pittsburgh doesn’t move forward with Kenny Pickett under center. We’ve seen what Mitch Trubisky brings to the table. Additionally, Pickett is a first-round selection. This of course is speculation, as it’s still unclear what Mike Tomlin and the Steelers are going to do with the quarterback position.

Monitor this situation throughout the week, as Tomlin will eventually name a starter. If it’s Trubisky, then that means he likely didn’t see enough from Pickett to trust him yet. However, if the Steelers name the rookie as the starter, then we have officially entered a new era in Pittsburgh.