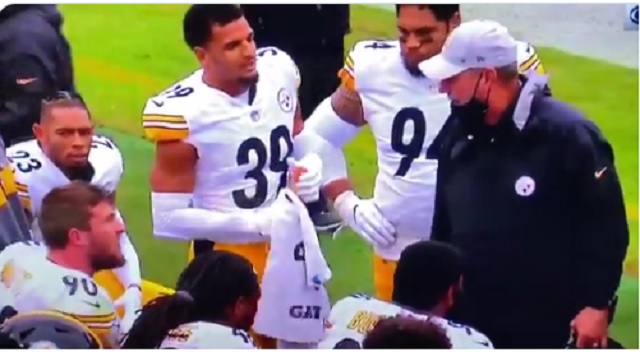 T.J. Watt was apparently not happy with one of his coaches on Sunday.

In the second quarter of the Ravents-Steelers game Watt got into a shouting match with Defensive coordinator Keith Butler as players tood around an watched.

CBS just showed a heated moment between TJ Watt and Keith Butler. Obviously a lot of frustration on the defense's side for this start. #Steelers

TJ Watt and Keith Butler are yelling at each other! 👀 #Steelers pic.twitter.com/zWz9CAPt4I

Despite Watt’s frustrations with his coach, the Steelers defense has been fairly stingy against reigning MVP Lamar Jackson and the Ravens through three quarters.

The defense was 🔥 in the first quarter 💪 pic.twitter.com/A6YSvfeVmA

Lamar Jackson picked off again, this one counted.pic.twitter.com/RxzbYMBgGy