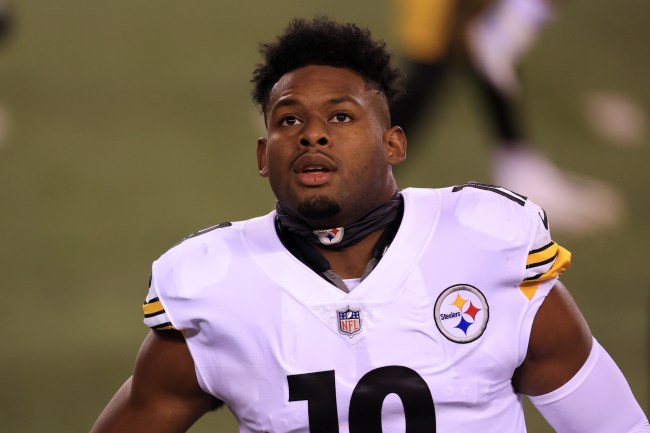 Steelers wide receiver JuJu Smith-Schuster is still getting flak over his most recent TikTok video where he danced on the Bengals logo before a loss on Monday night that rubbed players around the league the wrong way.

Here it is. JuJu Smith-Schuster dancing on the #Bengals logo and spiking a football on it. #Steelers pic.twitter.com/RAZo16u6Zc

During the game, JuJu took a big hit from Bengals safety Vonn Bell which went instantly viral on social media.

.@Vonn knocks it out from Pittsburgh TikTok star.

Apparently 49ers rookie DT Javon Kinlaw tried to mock Smith-Schuster in his Instagram DMs which led to the Steelers’ wide receiver firing back by calling a Kinlaw a “female”. 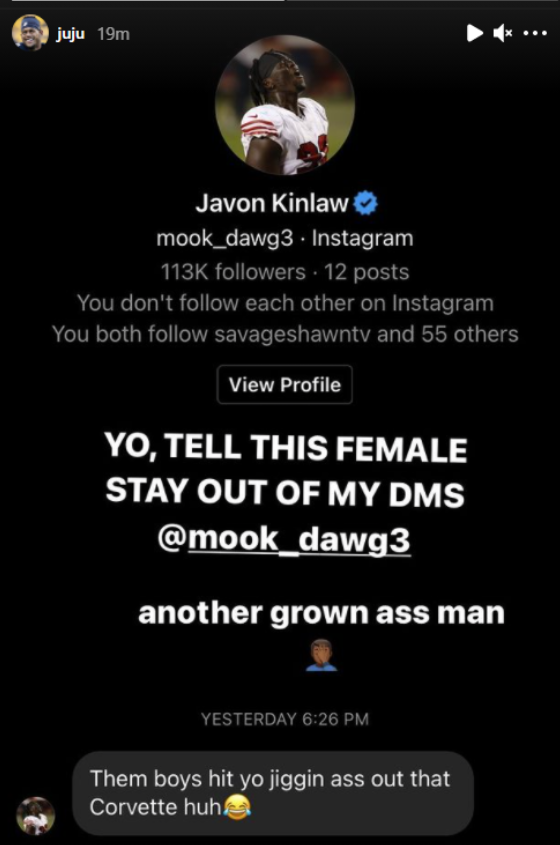 As for JuJu it seems like his pregame dancing days are over after he announced he wasn’t going to dance on any more logos after getting a talking to from Steelers coach Mike Tomlin.

Steelers’ WR JuJu Smith-Schuster told reporters this today: “For the betterment of myself and my teammates, I'm going to stop dancing on the logos."