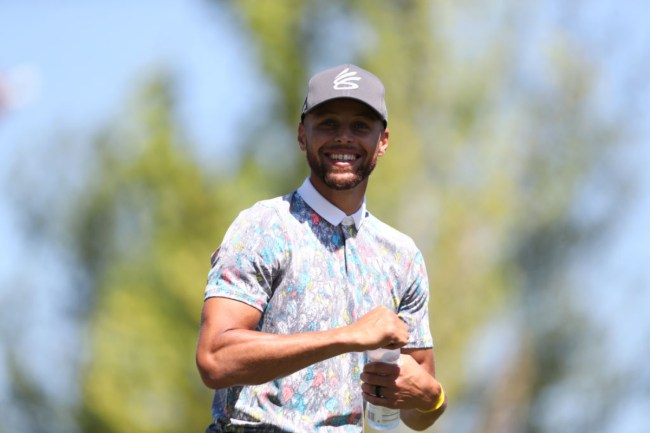 That’s a sentence that’s been said, typed, read, and shouted approximately 8 billion times since he entered the NBA. While ‘different’ is the perfect adjective to describe his ability on the court, it’s also a great word to describe his demeanor and approach.

Curry getting his golf clubs regripped 48 hours before the start of the NBA Finals is just the latest example of the man simply being different.

A video surfaced on Tuesday morning of Curry casually walking out of what appears to be a PGA Tour Superstore with freshly gripped clubs in hand.

It’s a scene that happens every day outside of any golf shop in the country, but this one just so happens to be starring the all-time leader in three-pointers made and a three-time NBA champion.

Steph Curry Is Looking Forward To The Links This Summer

The fact that golf is on Curry’s mind proves two things. One, the man is fully addicted to the game of golf. Two, Curry is one of the calmest professional athletes of all time.

This isn’t his first rodeo. Curry has now been to the NBA Finals in six of the last eight years, he’s not letting yet another Finals appearance absolutely dominate his entire life leading up to the series.

Curry understands that as soon as this series wraps up he’s got a long summer of golf ahead of him.

Curry getting his clubs regripped prior to the start of the series, so he’ll have fresh grips to play with when the series is done is just all-time forward-thinking.