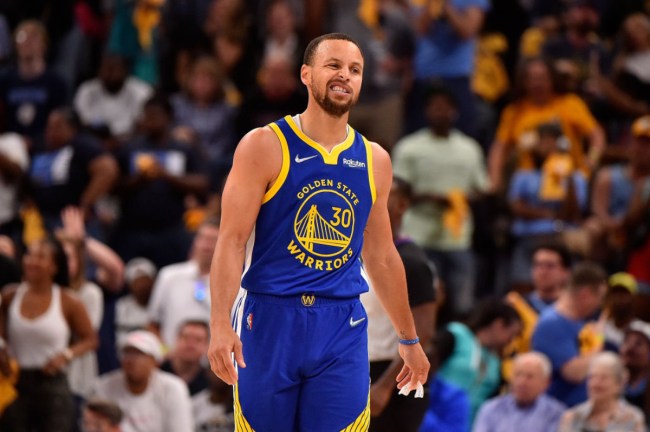 Steph Curry and the Golden State Warriors can punch their ticket to the Western Conference Finals with a win over the Grizzlies in Memphis on Wednesday night. Curry is certainly confident that the Warriors can get the job done based on his pregame trash talk.

ESPN’s Kendra Andrews said that she asked Curry what the Warriors’ game plan was ahead of Game 5 and he came back with three words: whoop that trick.

‘Whoop That Trick’ is the catchphrase and song not only of the Grizzlies but the entire city of Memphis. The Grizzlies have played the song during games and after wins for years inside FedEx Forum.

Curry’s message will serve as bulletin board material for the Grizzlies as they face a 3-1 deficit in the series heading into Wednesday’s must-win contest. The fans inside FedEx Forum will have an extra chip on their shoulder, and Curry will undoubtedly hear the boos when his name is announced ahead of the opening tip.

Memphis will be without Ja Morant in Game 5 just as they were in Game 4 after he suffered a bone bruise in Memphis’ Game 3 loss in San Francisco.

Morant is expected to be out for the remainder of the postseason even if the Grizz can extend the series with a win on their home floor on Wednesday night.