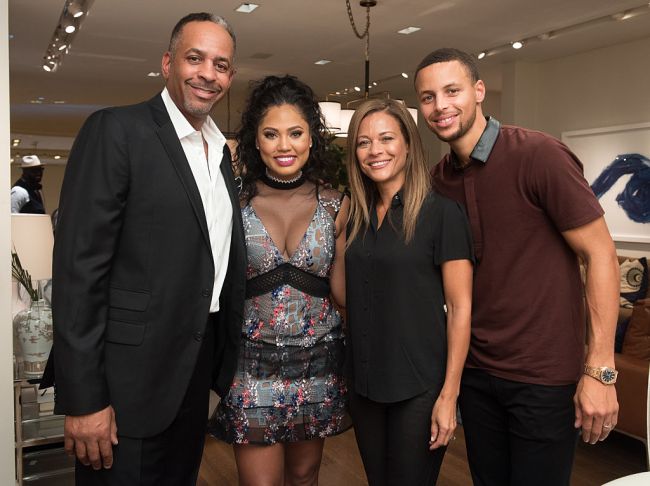 Golden State Warriors star Steph Curry is reportedly not happy with his father is putting his mother on blast in public.

Last week, Dell made headlines when he accused his longtime wife of having an affair with former Patriots tight end Steven Johnson.

Dell Curry says his estranged wife, Sonya, cheated on him with a former New England Patriots tight end … and then lied to him about it.

It’s all spelled out in court docs, obtained by TMZ Sports, in which Steph Curry’s father says Sonya is, and has been, dating Steven Johnson — a 6th-round pick in the 1988 NFL Draft.

In the docs, Dell says Sonya “began her extramarital affair with Mr. Johnson during the marriage and prior to the date of separation, and she lied to [Dell] each time she cheated on him.”

Dell, in the docs, says Sonya is actually living with Johnson in Tennessee … and claims she should not be entitled to alimony because of it.

According to celebrity gossip website MTO news, they spoke to people close to the Currys and they said both Steph and Ayesha disapprove of Dell’s approach during his divorce.

The insider added, “[Steph’s] relationship with his father is strained after this. He’s disappointed that [Dell] would put all their family business out there, and he doesn’t believe the accusations against his mother.”

And MTO News’ insider had more to say, “Ayesha is really [disgusted] with [Dell] and how he’s handling the split.”