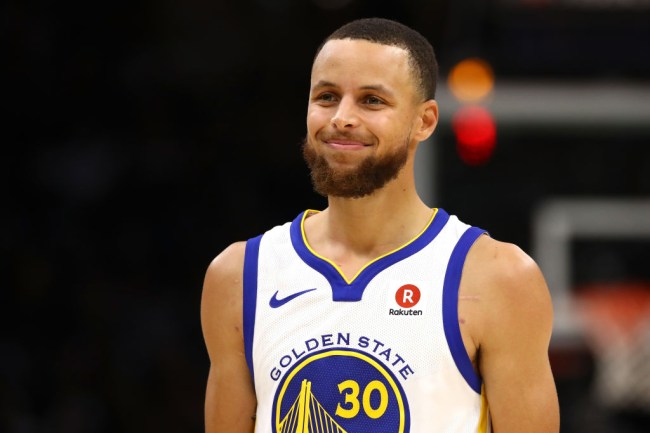 I think we can all agree Michael Jordan knows a thing or two about basketball, and while I’d normally hesitate to challenge his knowledge of the sport, I couldn’t help but do exactly that on Tuesday when I heard he made a very bold claim about Steph Curry’s Hall of Fame credentials.

Jordan recently chatted with The Today Show when Curry came up and The G.O.A.T. took the opportunity to inform the world he doesn’t think the Warrior has managed to punch his ticket to Springfield based on his current résumé.

Jordan’s comment managed to rustle a fair amount of jimmies, and after CJ McCollum caught wind of it, he couldn’t help but wonder if His Airness had perhaps consumed too much of his ridiculously expensive tequila.

On Tuesday, Curry got a chance to respond to Jordan’s scorching take and delivered a predictably humble response while talking to Complex, saying:

“I think I’m good, but then I’m never complacent. I know I have more to prove to myself.

When you hear a guy like that who’s the greatest of all time, it’s kind of funny. Since we’ve been on this stage, we’ve heard a lot of retired guys chiming in on this generation of basketball player and evaluating talent and saying their generation was better and all that.

It’s a great conversation for the fans to get in on. I know I’m in good shape for that, but I still have a lot to prove to myself.”

Steve Kerr also chimed in, and in typical Steve Kerr fashion, he was a bit more vocal about letting his feelings know while coming to bat for his point guard.

“I think Michael has his own version of the Hall of Fame. It’s in his own head, whatever that is, then that’s what it is.” 😂😂 pic.twitter.com/f96zudHONx