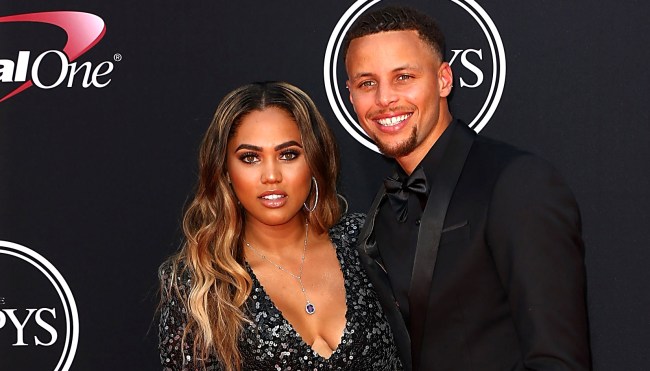 Friday, December 20, 2019. That’s the day that the lives of so many people were ruined. No, I am not talking about Steph Curry, or even his wife Ayesha, now that, somehow, nude pics allegedly of the Golden State Warriors star got leaked on to the internet. I am talking about people like me who woke up, logged on to the computer, and were scarred for life by witnessing said photos.

No one seems to know where these pictures came from, nor who leaked them, but they certainly were not released with the consent of the two-time NBA MVP.

Curry has not issued any statement about the photos, yet, which have been spread far and wide on social media, especially on Twitter.

It is there that reactions to the photos are going buck wild with folks trying to out-do one another with jokes at Steph’s expense.

Many are speculating that the photos came from someone other than Ayesha’s phone or computer, while others are just mad that it’s Steph’s photos that got leaked and not hers. Of course, there is also the camp of folks making jokes that Ayesha is going to be jealous of Steph getting more attention and will be leaking hers at some point in the near future.

Steph Curry nudes? Ayesha phone stolen or hacked cause if not… pic.twitter.com/k8MbBEZoPe

I gotta stay off twitter past 2am. Why am I seeing leaked nudes of steph curry.

Here’s me thinking Steph Curry is trending cause he’s finally back from his injury but when I clicked on his name.. pic.twitter.com/RKeSuVYSrr

Me leaving twitter after finding out why Steph Curry was trending pic.twitter.com/6uw2UkgwBQ

KD releasing Steph Curry’s nudes because he didn’t come to Brooklyn with him pic.twitter.com/XLBKrStZUL

Dwight Howard when he found out why Steph Curry was trending pic.twitter.com/e4clTeHCQE

HOW THE FUCK STEPH CURRY’S NUDES LEAK BEFORE AYESHA’S DAWG WTF. ION WANNA SEE NO FUCKIN DICK ON MY TL

ASAP Rocky is not impressed.