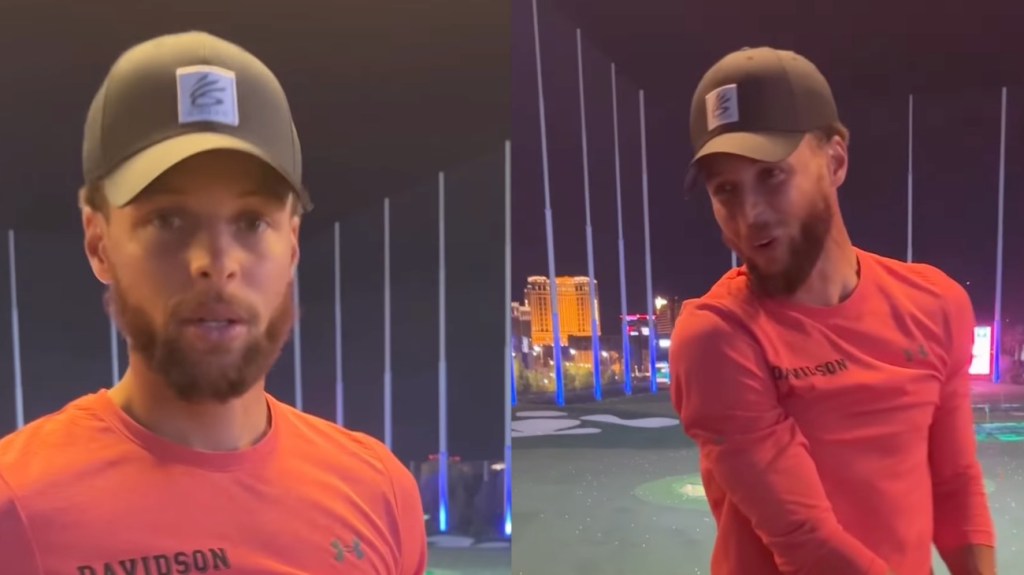 Long before Steph Curry became one of the top 10 NBA players in history and the greatest 3-point shooter in the history of the game, he was just a kid who liked games. That love of competitive gaming certainly helped to propel him to his 4 NBA Championships, NBA Finals MVP, 2x NBA MVP, and the NBA record for career 3-pointers. But there was a time when he was sitting around playing Super Nintendo, Sega, and N64 like the rest of us.

That competitive drive also led Steph Curry to become one of the best golfers in the NBA. He proudly boasts a +2.2 index (similar to handicap) and is a regular fixture around PGA Tour events that incorporate celebrities.

Now that connection between Steph Curry and the PGA Tour is cemented in history as he will debut as a playable character in PGA Tour 2K23. While hitting balls at a Top Golf, Steph Curry was surprised with the first footage of him inside the game and it’s a moment of pure joy.

I can’t really wrap my mind around what it would be like to see myself in a golf video game alongside Tiger Woods but I have to imagine my reaction would be similar to Steph’s. He notes this isn’t a basketball game which somehow makes it feel more real to him.

The team at PGA Tour 2K23 recently released the first footage of Steph Curry in the game. They’ve perfectly input his swing into the game along with all of his physical details including his beard:

His swing's as clean as his jumper! 👨‍🍳
Play as @StephenCurry30 in #PGATOUR2K23!
Pre-order today! https://t.co/tWymSPFDeg pic.twitter.com/V3mE7DN9s8

It feels like it’s been a lifetime since I last got deeply into a golf game. Probably back when it was still the ‘Tiger Woods’ franchise and we’d all pre-game the bars with that game in college. But I’m seriously considering taking a deep dive into PGA Tour 2K23 after all the hype because it really looks good.