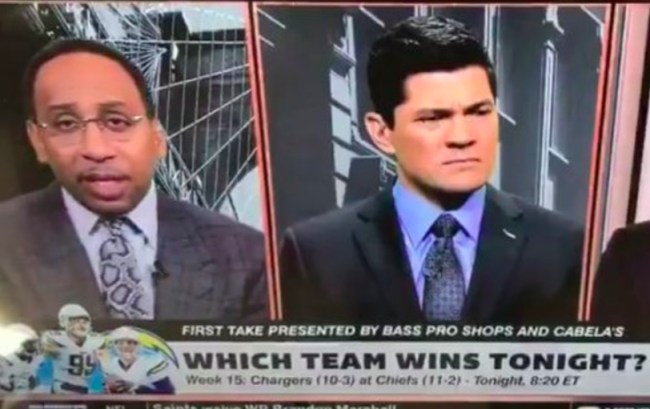 The Kansas City Chiefs take on the Los Angeles Chargers on Thursday Night Football in a highly anticipated AFC West matchup. Stephen A. Smith is so excited about the game that he displayed a 30-second brain fart. Tedy Bruschi and Max Kellerman cannot contain their bewilderment.

In a 38-second clip, Stephen A. Smith managed to make the following blunders:

Stephen A. Smith has responded to the droves of people mocking him on social media, who didn’t stop after the apology.

Stephen A in meetings when he’s supposed to be preparing for the show: pic.twitter.com/I1YlAh0w7p

Stay off the weed, SAS.