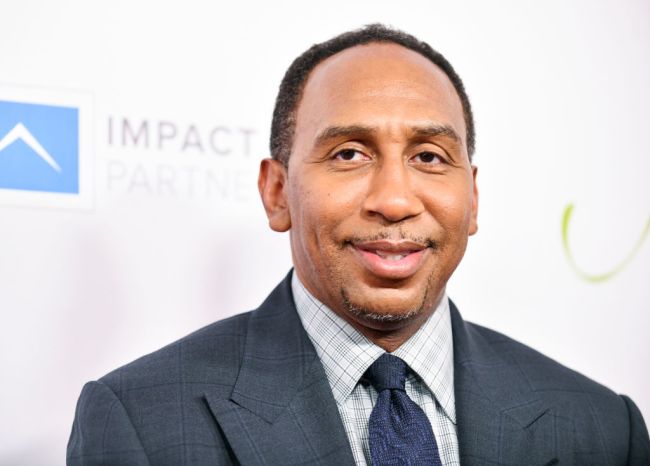 It has been two weeks since Max Kellerman was removed from ESPN’s ‘First Take’ and Stephen A. Smith is overjoyed.

Apparently, per reports, Smith wanted his co-host off of the show for years. It just took him a little while to get ESPN executives on board with his desires.

Now, in what could end up being a “Stephen A. vs. The World” format, Smith has a rotating crew of broadcasters coming in to debate him each week. He is fired up about the new direction.

.@stephenasmith wants you all to know the debate chair is open!

In a recent behind-the-scenes look at what went down and what is to come, ESPN FrontRow shared a lot of interesting information about the show’s future. To do so, communications strategist Mike Skarka talked with producer Michael Goldfarb, host/moderator Molly Qerim Rose and senior coordinating producer Antoine Lewis, among others.

Also included in the ‘inside look’ commentary is Smith himself, and he didn’t hold back.

Smith started off by discussing the new format:

“I’m incredibly excited about First Take’s future,” he said. “Considering the exceptional lineup of experts who already contribute to our show, combined with an enthusiasm that emanates from the close relationships we all have with one another, you can expect lots of laughter and entertainment, along with astute analysis. And that doesn’t even include folks from the world of sports and entertainment, where anyone from an athlete to an actor can join the debate, as well, adding to the fun and intrigue.”

And then Smith proceeded to twist the knife and dance all over Max Kellerman’s grave. He went full savage mode.

“I haven’t been this excited to do First Take in years,” he said. “The future is limitless.”

Kellerman replaced Skip Bayless on the desk across from Smith on July 25, 2016. More than five years ago.

For Smith to say that he hasn’t been this excited “in years” is absolutely ruthless. It’s not hard to read between the lines on his comments.

The man absolutely cannot stand Kellerman and could not be more glad that he has been ousted. Either way, for him to say that quote in such a way is truly savage.

Then again, Smith has never been one to mince his words and it’s exactly what has gotten him to this point in his career. Keep talking that talk, Stephen A.