Stephen A. Smith Says He’s Never Smoked Weed, Shares Powerful Story About Actual Drug Dealers Keeping Him Off The Streets As A Kid 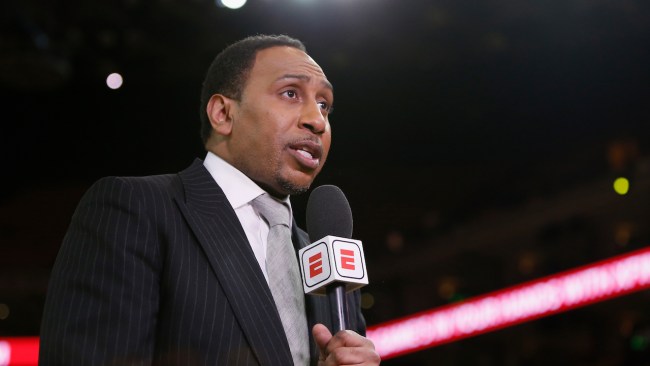 Stephen A. Smith has said many, many words throughout his career, but there’s a four-word phrase that he’s become synonymous with, and that is ‘stay off the weed.’ Any sports fan that sees those four words undoubtedly reads them in their head with a Stephen A. voice.

While the phrase and the way Smith delivers it is downright iconic, Smith doesn’t entirely say it in a joking manner. Sure, he’s added his flair to the phrase, but he truly lives by the phrase, he literally does stay off the weed.

Smith recently joined Kyle Brandt on his 10 Questions podcast and Brandt straight-up asked whether or not Smith had ever participated in smoking the devil’s lettuce and Smith said he never has.

Smith expanded on why he’s stayed away from drugs altogether, explaining that he had been surrounded by drug use growing up, not with his immediate family, but he saw it with his cousins, uncles, and aunts. He had a front-row seat to the drug-using lifestyle and stayed away. He also shared that he’s had plenty of friends end up dead or in jail due to drugs.

The ESPN analyst pointed out that he didn’t have any issue with marijuana use for medicinal purposes, his main issue is seeing people spend money they don’t necessarily have on weed.

Smith also shared a powerful story from his childhood when he actually wanted to start selling drugs in order to make money. Twelve-year-old Smith was ready to get into the drug game, but drug dealers themselves knew that he was destined for something bigger in life and they wouldn’t let him get involved. Smith said one dealer told him he’d “whip his ass” if he ever talked about dealing ever again.

The dealers very clearly had Smith’s best interests in mind, he said they even allowed him to shoot basketball for an hour and a half at night and ensured him nobody would bother him.