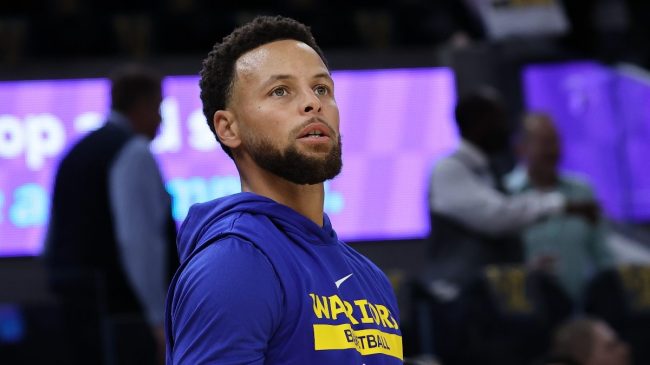 The Phoenix Suns went the distance with the Dallas Mavericks in the season opener. It came down to the wire as Damion Lee hit the most insane game-winner we’ve seen. Afterward, Golden State Warriors star Stephen Curry shared a hilarious reaction to the shot.

First off, here’s the shot that won the game for the Suns on Wednesday night. It was a true circus shot as Lee hit a crazy fade away. The Mavericks had a chance to answer back but ultimately failed to do so.

DAMION LEE FOR THE WIN 😱 pic.twitter.com/Ej6aPEvEj4

Immediately after the game, Stephen Curry hit social media to share his reaction. He started screaming at the top of his lungs, showing his excitement for his former teammate Damion Lee. However, his kids were asleep and the Warriors star woke up his son in the process. Ayesha Curry didn’t look too pleased! Give it a watch below!

"THE KIDS ASLEEP I DON'T CARE"

Steph was hyped for the Damion Lee game-winner 😂 pic.twitter.com/6nERowdLq5

Although Stephen Curry woke his kids, it’s cool to see him support his former teammate. Lee is in a good situation in Phoenix. Especially if he continues putting up performances as he did in the season opener. He didn’t sub in until the final quarter but delivered for the Suns in a big way.

Look for Damion Lee to build off of this performance. This is the type of game that builds confidence in a player. If he hits another game-winner down the road, hopefully, Stephen Curry won’t wake up his kids celebrating next time.