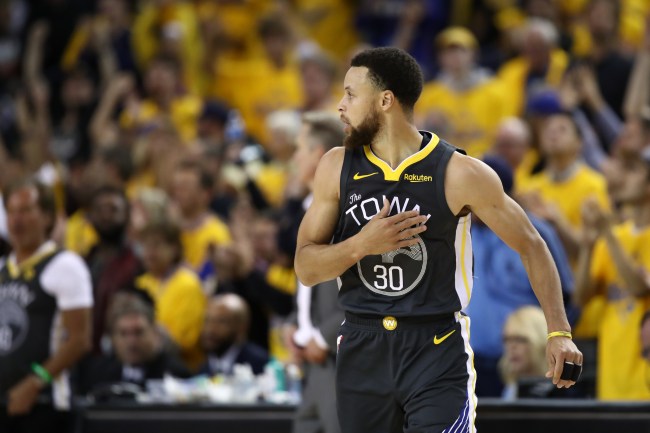 Stephen Curry is the baddest, most lethal shooter in NBA history, there’s not much of an argument to made there. But before he was guiding his Golden State Warriors to NBA Finals and winning championships, the two-time league MVP had to fail before he went and became who he is today. That’s what Curry’s mom, Sonya Curry, had to say during a recent episode of a Facebook series called Stephen Vs. The Game, which details the sharpshooter’s life and rise to basketball glory.

According to Sonya Curry, during a basketball game when Stephen Curry was just nine years old, he learned an important lesson when it came to failing, as he missed a potential game-winning shot that cost his team. It was a feeling a young Steph never wanted to feel again, so it’s when the NBA player’s mom says forever changed him and his mentality.

“He was nine years old playing in a 10-and-under age, and they were down by one [point]. [They] threw him the ball, and he could have won it, and he missed the shot. Broke our hearts. Dell said: ‘You didn’t like that feeling did you,” and [Steph] was like, ‘No,’ So he [Dell] said: ‘Now you know what to do then. That made him who he is.”

That’s a remarkable anecdote about Stephen Curry that gives us a little insight as to why he is who he is now. Sure, the three-time NBA champ doesn’t miss too often these days, but the fact that he learned a lesson at nine years old that changed him forever is pretty awesome. It’s part of the reason why he’s wired so differently, because he knew early on that that feeling of failure wasn’t something he ever wanted to experience again.

If you haven’t watched the series Stephen Vs. The Game, make sure to check it out, because it gives a behind-the-scenes look at one of the best athletes on the planet, giving fans an idea who Stephen Curry really is and why he’s been so successful.