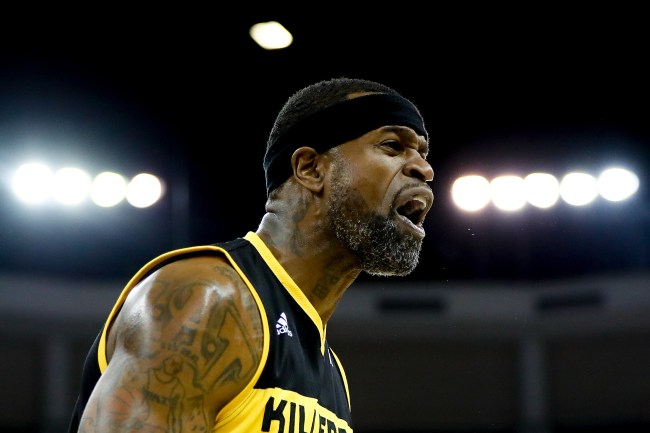 Stephen Jackson played 14 seasons in the NBA and he was high as giraffe balls for all of ’em.

The 2003 NBA champion admitted that he smoked the devil’s lettuce his entire career, using it to calm down and relax to offset the physical stress of NBA games.

The journeyman said on his appearance on Michael Rapaport’s I Am Rapaport: Stereo Podcast in January 2017:

“It’s been some games where I smoked before the game and was on the bench after three minutes sitting on the sideline, ‘Please calm down. This high has to calm down’ — I done shot three shots that went over the backboard, like, I’m going to be honest, like, ‘Ahh, I gotta calm down.'”

Jackson, who celebrated his 42nd birthday on April 5, has been out of the league for six years, but doesn’t appear to be retiring from smoking that wacky tobaccy anytime soon.

Tammy, Jackson’s lady friend, came up huge in quarantine with an incredible custom cake featuring some of Jackson’s favorite things: money and weed.

Unfortunately, there was no nod to one of the most electric two minutes the NBA has ever seen.

Today is the 15-year anniversary of the Malice at the Palace.