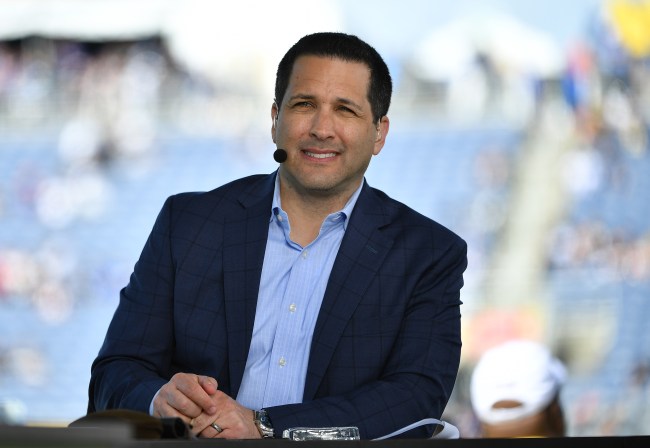 Last week, Schefter stated that he wasn’t surprised Gilmore contracted Covid-19 because he had dinner with Cam Newton a day before Newton tested positive for Coronavirus.

“I happen to believe — I was told that, in the New England area over the weekend, that Cam Newton and Stephon Gilmore were spotted having dinner together on Friday night,” “So, and I was aware of that over the weekend. So to hear that he tested positive, I got to be honest, is not overly surprising to me. You know, if you’re at a dinner table with somebody who’s got the virus, there’s a chance — I would think — that you’re going to get the virus.”

Gabrielle then took to Twitter to refute Schefter’s claim that Gilmore ever had dinner with Newton.

There was no dinner out, I’m going to help you out so you guys stop reporting false news https://t.co/k9UxrnVWoQ

Schefter would double down on his report about Gilmore having dinner with Newton on Wednesday morning.

Via The Greg Hill Show on WEEI

Which led Gabrielle once again going to Twitter to respond.

I’m not going back and forth with anybody. I said what I said 🤷🏾‍♀️

As for Newton and Gilmore it seems like both players are set to return this week to play.

New: The #Patriots are expected to have both Stephon Gilmore and Cam Newton back for Thursday’s practice, a league source confirmed. @FieldYates was first on Newton news.