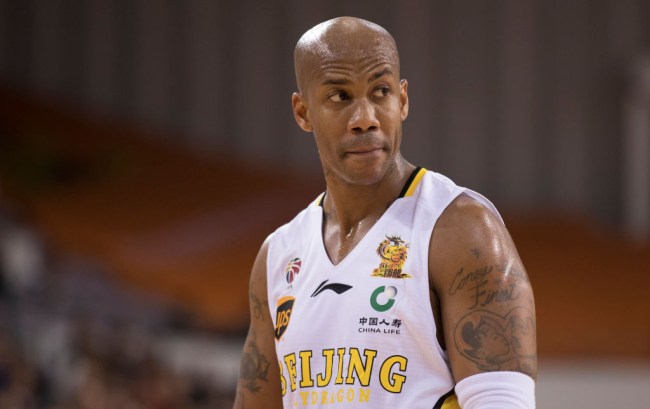 A couple of months ago, I got a nice unexpected surprise when I came across the trailer for A Kid From Coney Island, a documentary chronicling the long, strange trip Stephon Marbury has taken to get to where he is today.

The highly-touted talent hailing from Coney Island had all of the makings of a superstar in high school and he got to showcase his skill set on the national level during his only season at Georgia Tech, which made him one of the most sought-after prospects in a 1996 draft class that featured the likes of Allen Iverson, Ray Allen, and some high schooler from Pennsylvania named Kobe Bryant.

Marbury found himself paired up with a young Kevin Garnett on the Timberwolves after being scooped up with the fourth pick and seemed to have a bright future ahead of him. However, there’s a reason his name feels a bit out of place when compared to the NBA legends that I’ve mentioned so far.

While he may have had a solid career, his performance off the court will be forever overshadowed by his high-profile feuds with Larry Brown and Isaiah Thomas as well as the time he streamed a video of himself crying while eating Vaseline.

It shouldn’t come as much of a shock that someone who’d broadcast that kind of thing to the internet wasn’t in the best headspace at the time but Marbury managed to hit the reset button and headed to China in 2010 to reboot his career.

A decade later, Marbury is perhaps the most adored Chinese Basketball Association player of all time and he seems to love the country just as much, as he lives there permanently while serving as the head coach for the Beijing Royal Fighters.

Marbury has also made it a point to help those who need it most over the course of his life, and while he’s made a number of charitable donations, his most memorable philanthropic act was declining a sneaker deal and introducing the iconic Starbury, which sold for just $15 a pair.

Now, Marbury is giving medical masks the Starbury treatment, as The New York Post reports he’s reached out to government officials in New York offering to help supply them with 10 million much-needed N95 masks, which he says he can provide for $2.75 each as opposed to the usual asking price of $7.50 thanks to his relationship with a manufacturer in China.

All parties are currently trying to figure out the details, but if everything goes to plan, there will be a new shipment of two million masks on a weekly basis until the order is fulfilled. As the husband of a nurse at a hospital in NYC who was told she has to reuse the single mask she was given because of a shortage, I think I’m going to buy a Foshan Dralions Marbury jersey now.