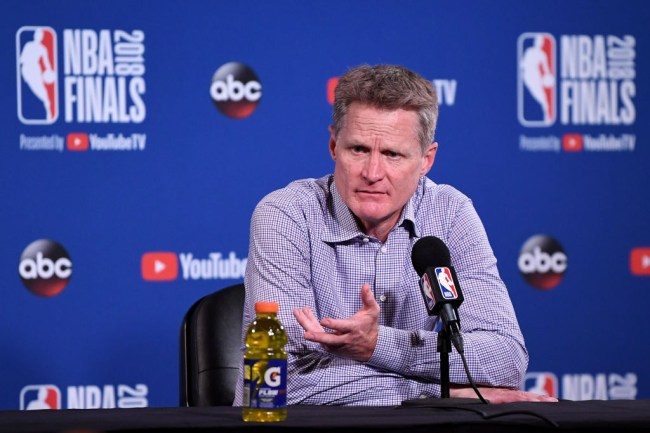 After game 1 of the NBA finals LeBron James walked out of the postgame press conference and told reporters to be “be better tomorrow” after getting into a testy exchange with ESPN reporter Mark Schwarz for repeatedly asking about JR Smith’s now infamous late-game blunder.

During tonight’s postgame press conference, Warriors coach Steve Kerr trolled LeBron’s “Be better tomorrow” hissy fit when he told the media that he thought “they were much better today”.

Kerr is probably the funniest coach in the league, dude is hilarious.